As a not-for-profit scientific and professional organization, the American Nuclear Society’s raison d’être has always been the advancement of nuclear science and technology. While many among our diverse ranks may see themselves as advocates, it is important to recognize that ANS the organization will never take the place of industry trade associations like the Nuclear Energy Institute or the U.S. Nuclear Infrastructure Council. No, we will always be dedicated first to serving the men and women of the nuclear community, both here in the United States and around the world, as a source of news, technical knowledge, professional development opportunities, and scientific fellowship.

This should not in any way dissuade us, however—either individually or as a community—from engaging in the public discussion about nuclear technology, especially when debates become tainted by outright falsehoods or “fake news.” As we have seen in stark relief over the past eight months of pandemic-dominated life, the scientific community has a societal obligation to stand up and set the record straight when misinformation crops up. Simply put, we have to be prepared to call balls and strikes.

When a nuclear plant closes

Theresa Knickerbocker, the mayor of the village of Buchanan, N.Y., where the Indian Point nuclear power plant is located, is not happy. What has gotten Ms. Knickerbocker’s ire up is the fact that Indian Point’s Unit 2 was closed on April 30, and Unit 3 is scheduled to close in 2021. The village, population 2,300, is about 1.3 square miles total, with the Indian Point site comprising 240 acres along the Hudson River, 30 miles upstream of Manhattan. Unit 2 was a 1,028-MWe pressurized water reactor; Unit 3 is a 1,041-MWe PWR.

The nuclear plant provides the revenue for half of Buchanan’s annual $6-million budget, Knickerbocker told Nuclear News. That’s $3 million in tax revenues each year that eventually will go away. How will that revenue be replaced? Where will the replacement power come from?

Indian Point-2 to power down for good today

Control room operators at Entergy Corporation’s Indian Point Unit 2 will permanently shut down the 1,028-MWe pressurized water reactor today, April 30, after more than 45 years of producing electricity for New York. The remaining operating reactor at Indian Point, the 1,041-MWe Unit 3, is scheduled to be retired exactly one year from now, on April 30, 2021.

NRC: No danger to Indian Point from natural gas pipeline

Entergy’s Indian Point nuclear power plant, in Buchanan, N.Y., would remain safe in the event of a rupture of a 42-inch natural gas pipeline installed near the facility, according to a team of Nuclear Regulatory Commission staff and outside specialists.

Last-minute effort to save Indian Point

The Climate Coalition—a self-described “confederation of individuals, environmental groups, climate and clean energy advocates”—is urging New York Gov. Andrew Cuomo to suspend the closure of the Indian Point nuclear power plant. Closing the plant, the group argues in a letter and petition delivered to the governor on April 22 (the 50th anniversary of Earth Day), would be particularly unwise, given the ordeal that the state is currently undergoing as a result of the coronavirus pandemic. The plant is located in Buchanan, N.Y. 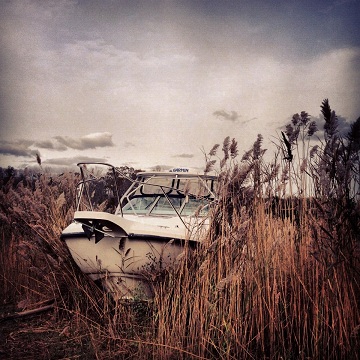 A recent Reuters news article describes how New York State will require a reduction in cooling water intake for power plants and other industrial facilities, to reduce fish kills by 90 percent. The article goes on to say that the state is planning to use this rule to force the Indian Point nuclear power plant to install a $2-billion closed-cycle cooling system.