September 8, 2021, 12:00PMNuclear News
During a recent road closure on the Hanford Site, Florida International University students (from left) Jeff Natividad, Joel Adams, and Thi Tran test a radiation mapping robot outside a tank farm. The students are part of a unique internship program between the DOE’s Office of Environmental Management and the university. (Photo: DOE OEM)

As part of a fellowship program between the Department of Energy’s Office of Environmental Management and Florida International University, a group of FIU students participated in a summer internship initiative called the Science and Technology Workforce Development Program. The program is run in conjunction with Washington River Protection Solutions (WRPS), the Hanford Site’s tank operations contractor in Washington state.

Teachers and parents around the nation are learning about Navigating Nuclear: Energizing Our World—a K-12 nuclear science curriculum that now features content for all grade levels and can be accessed at ans.org/navigatingnuclear. The free online materials are classroom-ready, and include virtual field trips, project starters, and lessons available to every teacher and parent.

There are reasons that individual researchers might seek to update their name on previously published work, including marriage or divorce, gender transition, or a change in religious affiliation. Having a former name listed on journal articles can cause significant problems for researchers applying for a new position or grant, effectively disclosing a personal event and potentially subjecting the individual to discrimination. 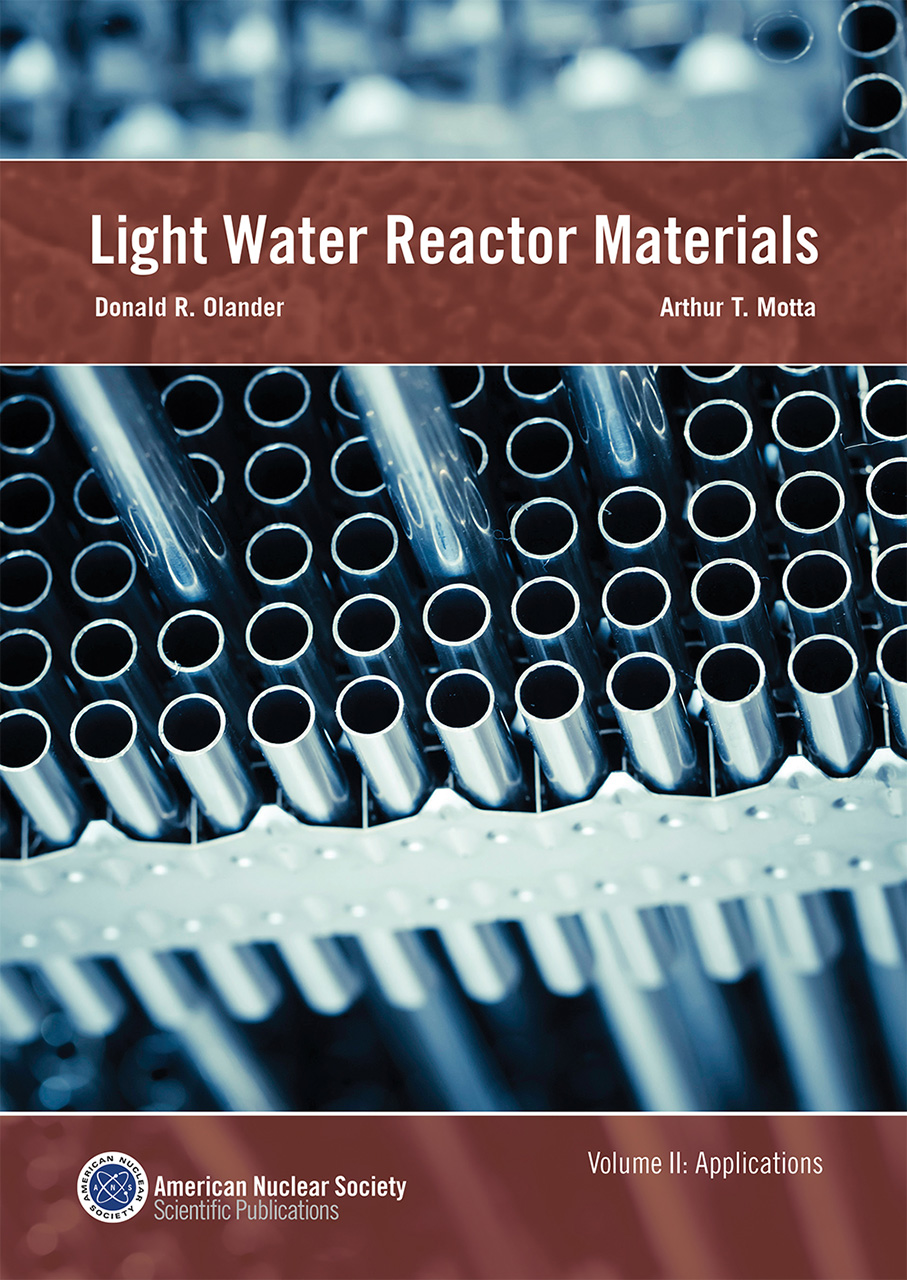 ANS has published the second volume of Light Water Reactor Materials, by Donald R. Olander and Arthur T. Motta. The textbook is for upper-division undergraduate and graduate students, as well as for researchers in the field. Volume II, Applications, complements the first volume, Fundamentals, published in 2017.

Motta is a professor and graduate program chair in the Nuclear Engineering Department at Pennsylvania State University. Olander passed away in April of this year. (See a remembrance of Olander written by Motta in Nuclear News, July 2021, p. 117.) Olander's career spanned nearly 50 years at the University of California–Berkeley, where he mentored an entire generation of nuclear materials engineers—including Motta. Following his retirement in 2007, Olander and his former doctoral student—Motta—coauthored Light Water Reactor Materials.

Lessons from a research reactor director regarding ANSI/ANS-15.4

In April 2016, the Nuclear Regulatory Commission initiated an investigation that led to enforcement proceedings regarding my actions while employed as the research reactor director at Reed College. In the course of those proceedings, the director of the NRC Office of Enforcement made a finding that I had submitted incomplete or inaccurate information to the NRC in 2015. As part of the resolution we reached, I agreed to outline those events so that others can learn from my experience. I also offered to propose a redraft of ANSI/ANS-15.4, Selection and Training of Personnel for Research Reactors, with an aim of making the challenges I encountered less likely to recur for other research reactor directors.

The next nuclear engineering PE exam will be conducted nationwide on Wednesday, October 20, 2021, and registration is now open. Examinees may reserve their seat up to a year in advance at a Pearson VUE testing center once they are registered with the National Council of Examiners for Engineering and Surveying (NCEES) and are approved by their state board. Candidates are encouraged to reserve their seat for this single-day event as early as possible. You can access your state requirements through links provided on the NCEES website or the website of the National Society of Professional Engineers.

This year, the American Nuclear Society Scholarship Policy and Coordination Committee, the ANS divisions, and the ANS local sections have awarded 78 scholarships for the 2021–2022 academic year. The scholarships total to $203,000 of support for students pursuing degrees in nuclear science and technology.

The American Nuclear Society has adapted to the increased digital world during COVID-19. An example of this new flexibility is ANS’s expanded online programming, which presented 28 webinars in 2020, some of which were available only to ANS members. This year during the first quarter, ANS has produced 16 programs on a range of topics, such as the review of the Fukushima accident, the Nuclear Non-Proliferation Treaty at 50 years, and the Spotlight series on the Department of Energy’s national laboratories. The webinars have been well attended and have sparked engaging discussion while most of the world was semi-quarantined.

PE licensure: Supply power to your career to help power the world

Join ANS on May 21 from 1:00 p.m. to 2:30 p.m. (EDT) for a webinar that provides a deep dive into the Principles and Practice of Engineering (PE) exam. Register now for the webinar.

The Canadian Nuclear Association (CNA) last week announced that it has signed a memorandum of understanding with the North American Young Generation in Nuclear (NAYGN) to work together to advocate for initiatives that support STEM and the promotion of nuclear science, energy, and technology. Signed earlier this year by CNA president and chief executive officer John Gorman and NAYGN president Amber Von Ruden, the MOU also calls for collaboration on initiatives to recruit and attract students to nuclear.