As I write this column, it’s late September, and I’m sitting in Dulles Airport waiting for my connecting flight back to Charlotte from Vienna, Austria, where I attended the 65th General Conference of the International Atomic Energy Agency. It was quite an experience, and I want to share a few observations with you. But first, let me provide some background on the IAEA, which is perhaps not as well-­known to Americans as to those in other countries.

The IAEA was established in 1957 within the United Nations family and as an outgrowth of President Dwight Eisenhower’s famous 1953 “Atoms for Peace” speech. It is the world’s central intergovernmental forum for scientific and technical cooperation in the nuclear field. The objectives of the IAEA’s dual mission—to promote and control the use of the atom—are defined in Article II of the IAEA Statute.

ANS publishes standards that set forth requirements for the design, manufacture, or operation of a piece of equipment. These standards can address computer firmware and software, and can address the necessary physical and functional features of equipment, its safe application, or some combination of these. These standards are applied on a voluntary basis, and when adopted by a state or federal agency, they becomes part of their mandatory codes.

ANS standards are available at the ANS Standards store.

The following standards have been approved, published, or are open for comment. 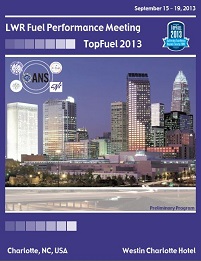