August 2, 2022, 9:28AMNuclear NewsCami Collins
The first sector of the ITER vacuum vessel was placed in the assembly pit in May. Here, a technician positions targets on the surface of the component to be used in laser metrology. (Photo: ITER Organization) 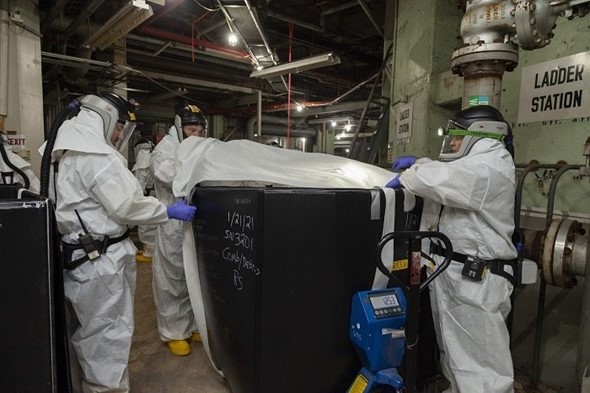 John Gilligan has been the director of the Nuclear Energy University Program (NEUP) since its creation in 2009 by the Department of Energy’s Office of Nuclear Energy (DOE-NE). NEUP consolidates DOE-NE’s university support under one program and engages colleges and universities in the United States to conduct research and development in nuclear technology. The two main R&D areas for NEUP funding are fuel cycle projects, which include evolving sustainable technologies that improve energy generation to enhance safety, limit proliferation risk, and reduce waste generation and resource consumption; and reactor projects, which strive to preserve the existing commercial light-water reactors as well as improve emerging advanced designs, such as small modular reactors, liquid-metal-cooled fast reactors, and gas- or liquid-salt-cooled high-temperature reactors.