The American Nuclear Society sent a letter this morning to the chairman and the ranking member of the House Foreign Affairs Committee, urging them to oppose any amendments to H.R. 3524, the Ensuring American Global Leadership and Engagement Act, that would disallow U.S. cooperation with China in the field of civil nuclear energy.

The bill, introduced on May 25 by the Foreign Affairs Committee chairman, Rep. Gregory Meeks (D., N.Y.), was scheduled for markup by the committee this afternoon at 1:00 (EDT).

The ANS Young Members Group will focus on Sandia National Laboratories for the latest installment of its webinar series, Spotlight on National Labs, on May 11 at 10:30 a.m. CT.

Register now for the free event. 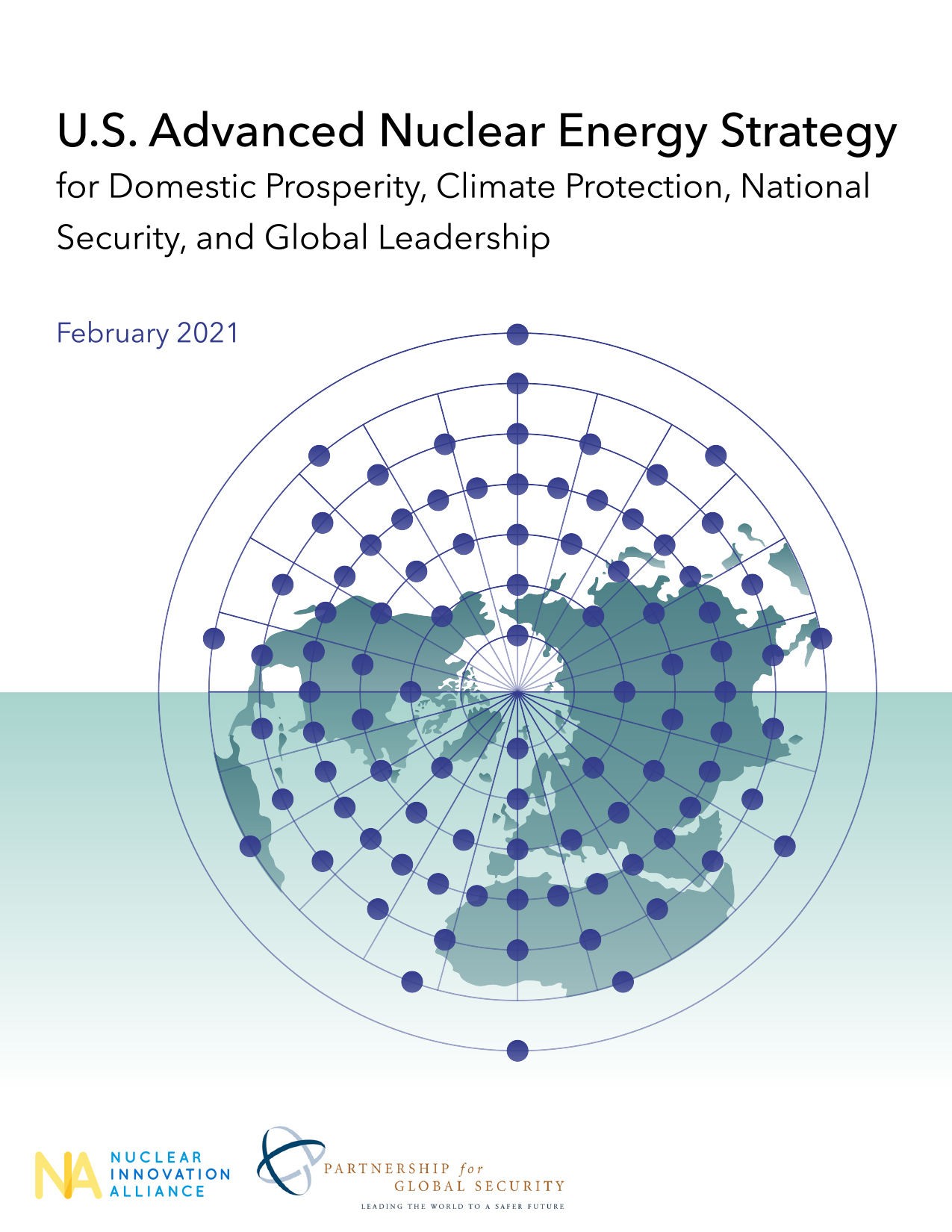 The Nuclear Innovation Alliance (NIA) and the Partnership for Global Security (PGS) have released a joint report laying out a comprehensive strategy for U.S. leadership in the commercialization of next-generation nuclear power.

The report was released with a 58-minute webinar available on YouTube.

The Nuclear Threat Initiative (NTI) and the Center for Advanced Defense Studies (C4ADS) last week released Signals in the Noise: Preventing Nuclear Proliferation with Machine Learning & Publicly Available Information, a 22-page report that provides a blueprint for identifying high-risk or illicit nuclear trade. (Machine learning can be defined as a branch of artificial intelligence focused on building applications that learn from data and improve their accuracy over time without being programmed to do so.)

A national security argument for U.S. leadership on nuclear power

A recent commentary from Columbia University’s Center on Global Energy Policy—the second in a series by the center’s Matt Bowen titled “Why the United States Should Remain Engaged on Nuclear Power”—examines the geopolitical and national security implications of the United States’ relinquishing the international nuclear energy marketplace to China and Russia.

Shellenberger: Stop the war on nuclear

Shellenberger reasons that the 123 Agreements force nations that have expressed interest in developing nuclear energy programs to turn to Russia and China. That result is bad, Shellenberger continues, not only for the American nuclear industry, but also for the global nonproliferation movement.

The President’s Special Session of the 2020 American Nuclear Society Virtual Annual Meeting, organized by ANS’s Young Members Group (YMG) and Student Sections Committee (SSC), featured an all-star group of nuclear policy luminaries opining on the current influence of nuclear technology on U.S. national security and where the nation stands with regard to leadership of the future global nuclear industry.

I recently attended a Safeguards Education Roundtable at the Argonne National Laboratory sponsored by the Next Generation Safeguards Initiative (NGSI).  University professors and nonproliferation experts from U.S. national laboratories met at this event to discuss safeguards education at universities. The goal of NGSI is to "to develop the policies, concepts, technologies, expertise, and infrastructure necessary to sustain the international safeguards system" as it evolves in the future. A major pillar of the program is developing the next generation of professionals to work in the nonproliferation and safeguards field-and to make sure that the next generation of nuclear professionals is aware of nonproliferation and safeguards issues.