Join us for a special members-only conversation on the Netflix series, "Meltdown: Three Mile Island." ANS Executive Director / CEO Craig Piercy will talk to Lake Barrett to hear his perspective on the series and will discuss what really happened at Three Mile Island. 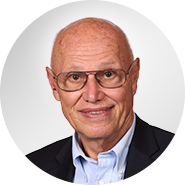 Lake is an independent consultant in the energy field serving in both government and commercial capacities in the nuclear energy and nuclear materials management areas for over 5 decades. He currently actively supports the recovery of the Fukushima nuclear reactor accident serving as a senior advisor to the Japanese Government’s International Research Institute for Nuclear Decommissioning and the Tokyo Electric Power Company. In these areas he has testified before the US Congress and has provided extensive public media explanations.

At the Department of Energy, he served as the Principal Deputy (10 years) and Acting Director (5 years) of the Office of Civilian Nuclear Waste Management reporting directly to five different Secretaries implementing the Nuclear Waste Policy Act of 1982, which involved complex scientific repository site evaluations and statutory processes, utility contract management and litigation, the integration of spent fuel storage and transportation considerations for existing reactor sites and for separate central storage facilities, and international and regulatory programs. Also, he served in Defense Programs (currently NNSA) as a director to change and improve national security, safety, and environmental protection cultures and operations at the Rocky Flats nuclear weapons plant leading to the successful restoration of plutonium operations and safe decommissioning.

At the Nuclear Regulatory Commission, he served at multiple senior technical and executive positions including being the onsite Director and senior federal official for the clean-up of the Three Mile Island reactor accident in the early 1980s.

Lake also served in multiple reactor design, construction, operation, and decommissioning positions for both submarine and commercial power reactors at Bechtel Power and Electric Boat Division of General Dynamics, including the last nuclear refueling of the SSN Nautilus.

He has BS and MS engineering degrees from the University of Connecticut, a registered professional engineer, Fellow of the American Nuclear Society, served on many national and international committees, and has received various honors such as the President’s Meritorious Excellence Award, Secretary of Energy’s Gold Award, DOE and NRC Meritorious Service Awards, and the Congressional Award for Exemplary Service Finalist. He is currently active in his Christ Venice Church as a Trustee/Leader, including serving on various international humanitarian missions.

The following are past presentations about Three Mile Island conducted by Lake: