Nuclear science is far-reaching in the fabric of modern life. It can help explain the origins of the universe or how x-rays reveal the bones in your body. In fact, nuclear science is at the heart of so many of the technologies that improve our lives, that it’s easy to take for granted how those technologies came to be. But behind every innovation and discovery in the nuclear fields, is a scientist or engineer researching the atomic nucleus and how to use it to improve our lives.

Look around you. Everything you see, including you, is made of the same stuff—elements. Each of those elements has its own unique characteristics, but all elements are made of atoms—the smallest unit of an element that still has the characteristics of the element.

Scientists used to think there was nothing smaller than an atom.

The nucleus is made of protons and neutrons; each has the same mass: 1 amu (atomic mass unit).

Protons and neutrons aren’t exactly alike, though; protons have a positive charge while neutrons don’t have a charge.

Electrons are so small that they have nearly no mass at all. A single electron has only 1/1836 amu. Electrons are also negatively charged.

All of the known elements are organized on the periodic table of the elements. They are arranged by atomic number, from smallest to largest, and labeled with their element symbol, atomic number, and atomic mass.

To easily communicate information about the elements, scientists use standard nuclear notation. 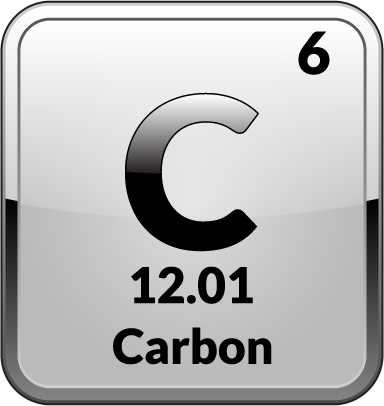 For example: Carbon has 6 protons, so it’s atomic number is 6.

Carbon's mass number is 12. How many neutrons does it have?

Think about clover. Clovers can have three, four, or even more leaves. The four-leaved clovers are rare, but they are still clovers. In a similar way, two atoms of an element can have different numbers of neutrons. Because they still have the same number of protons, though, they are the same element. These “varieties” of the same element are called isotopes.