Perspectives from Past NRC Chairs

The Nuclear Regulatory Commission plays a prominent role in the current nuclear industry as well as the deployment of future nuclear technology. In this virtual panel discussion, past NRC chairs offered perspectives of their time with the Commission, its current challenges, and what the future holds for the NRC and nuclear technology. 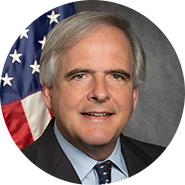 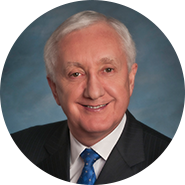 Dale Klein
Associate Vice Chancellor for
Research in the Office
of Academic Affairs,
The University of Texas System
NRC Chair 2006-2009 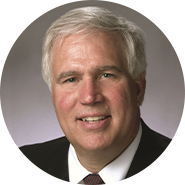 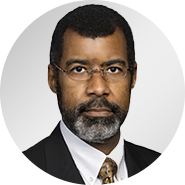 Stephen Burns completed his service as a Commissioner of the United States Nuclear Regulatory Commission (NRC) in April 2019. President Obama had appointed Burns as a Commissioner on 5 November 2014. Burns served as the 16th Chairman of the NRC from January 1, 2015 through January 23, 2017.

Burns has had a distinguished career within the NRC and internationally. Immediately prior to his service as Commissioner, Burns was the Head of Legal Affairs of the Nuclear Energy Agency (NEA) of the Organisation for Economic Co-operation and Development in Paris from 2012 to 2014.

Prior to assuming his post at the NEA, Burns was a career employee at the NRC from 1978 to 2012. He served in a variety of roles during his career, including being appointed as the NRC’s General Counsel from May 2009 until April 2012. Also of note, Commissioner Burns was the Executive Assistant to former NRC Chairman Kenneth M. Carr and the Director of the Office of Commission Appellate Adjudication.

Burns currently serves as a Senior Visiting Fellow at Third Way in its climate and energy program.

Burns received his JD degree in 1978 from the George Washington University and his BA degree in 1975 from Colgate University. In 2020 the Government of Japan awarded Burns the Order of the Rising Sun, Gold and Silver Star, in recognition of his contributions to enhancing the co-operation between Japan and the United States on nuclear safety regulation.

Dale Klein rejoined The University of Texas System in January of 2011 as Associate Vice Chancellor for Research in the Office of Academic Affairs. In April of 2010, after serving 8 ½ years as a Presidential Appointee, Klein returned to Texas from Washington, D.C., working at The University of Texas at Austin as the Associate Director of The Energy Institute, Associate Vice President for Research, and a Professor of Mechanical Engineering (Nuclear Program).

Klein was sworn into the U.S. Nuclear Regulatory Commission in 2006, and was appointed Chairman by President George W. Bush, serving in that role from July 2006 to May 2009. As Chairman, Klein was the principal executive officer and official spokesman for the NRC, responsible for conducting the administrative, organizational, long-range planning, budgetary, and certain personnel functions of the agency. Additionally, he had the ultimate authority for all NRC functions pertaining to an emergency involving an NRC licensee. The remainder of this term was as Commissioner of the NRC from May 2009 to March 2010.

A native of Missouri, Klein holds a doctorate in nuclear engineering from the University of Missouri-Columbia. He has published more than 100 technical papers and reports, and co-edited one book. He has made more than 400 presentations on energy and has written numerous technical editorials on energy issues that have been published in major newspapers throughout the United States.

He also serves on the Board of the Southern Company and Pinnacle West / Arizona Public Service. Klein currently serves as the Chairman of the Nuclear Reform Monitoring Committee for the Tokyo Electric Power Company (TEPCO). In addition, he serves on the Committee for Nuclear Power advising the United Arab Emirates (UAE) on their nuclear program.

Richard Meserve is Senior of Counsel in the Washington, DC, office of Covington & Burling LLP. He is the President Emeritus of the Carnegie Institution for Science and former Chairman of the U.S. Nuclear Regulatory Commission. Early in his career, after obtaining a PhD in applied physics from Stanford and a JD from Harvard Law School, he served as law clerk to Supreme Court Justice Harry A. Blackmun and as legal counsel to the President’s Science Adviser. Until December 31, 2019, he served as co-chair of the Department of Energy’s Nuclear Energy Advisory Board and, until January 17, 2017, he served as a member of the Secretary of Energy Advisory Board. Among other activities, he is Chairman of the International Nuclear Safety Group (chartered by the International Atomic Energy Agency). He is a member of the National Academy of Engineering, the American Academy of Arts and Sciences, and the American Philosophical Society. He is a Fellow the American Physical Society and the American Association for the Advancement of Science and a foreign member of the Russian Academy of Sciences. He is the former President of the Board of Overseers of Harvard University

Meserve is actively involved in the recovery from the Fukushima accident as an executive adviser to the Japanese Nuclear Risk Research Center and as an international adviser to the Japanese Nuclear Regulation Authority. He has chaired or served as a member of a wide variety of studies undertaken by the National Academies of Sciences, Engineering, and Medicine. He has served on the boards of PG&E Corporation and Duke Energy. He currently is a member of the board of the Kavli Foundation and chairs the board of the Health Effects Institute.

William Magwood took up his duties as Director-General of the Nuclear Energy Agency (NEA) on September 1, 2014. He has extensive experience in both the regulatory and developmental aspects of nuclear energy, including at the international level.

From 2010 to 2014, he served as one of the five Commissioners appointed by the US President and confirmed by the US Senate to the US Nuclear Regulatory Commission (NRC). While a commissioner, he advocated the importance of nuclear regulatory independence and the necessity of maintaining strong, credible and technically sound nuclear regulation in the United States and all countries that use nuclear power.

Prior to his appointment at the NRC, from 2005 to 2010 he provided independent strategic and policy advice to US and international clients on energy, environment, education, and technology policy issues. From 1998 to 2005, Magwood was Director of the US Government’s civilian nuclear energy program at the US Department of Energy (DOE). During his tenure, he established the Idaho National Laboratory; created activities that reversed the decline of US nuclear technology education; and launched important initiatives such as the Generation IV International Forum (GIF) and the US “Nuclear Power 2010,” which helped restart nuclear plant construction in the United States. He was also actively involved in the work of the NEA, serving as a Steering Committee Bureau member from 1999 to 2005, including a term as Chair of the Steering Committee from 2004 to 2005.

Prior to his experience at the DOE, Magwood managed electric utility research and nuclear policy programs at the Edison Electric Institute in Washington, DC, and was a scientist at Westinghouse Electric Corporation in Pittsburgh, Pennsylvania. Magwood, a US national, holds Bachelor degrees in Physics and English from Carnegie Mellon University and a Master of Fine Arts from the University of Pittsburgh.