High Expectations for the Future of Low-Dose Radiation Research

Improving humanity’s understanding of the health impacts of low-dose radiation has intrigued biologists, academics, policymakers, nuclear professionals, and others for decades. The global and domestic endeavors associated with low-dose radiation research have been anything but smooth sailing. However, recent progress brought on by federal action may chart a new course for success. A panel of federal policy and science experts will discuss what the future of low-dose radiation research may hold, including the impact of the recent National Academy of Sciences Study. 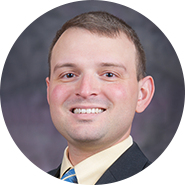 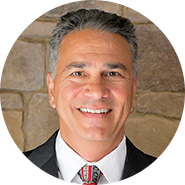 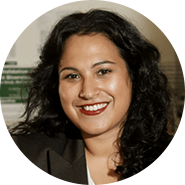 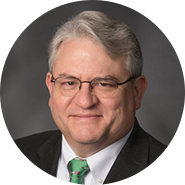 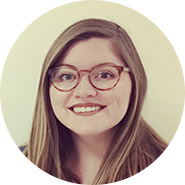 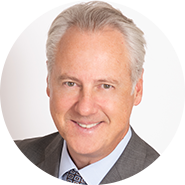 Amir received bachelor's degrees in mechanical engineering with a nuclear engineering option, and mathematics from Kansas State University in 2008. He then attended graduate school at the University of Florida, studying medical physics and earning a master's degree in 2010. Bahadori was awarded a NASA Graduate Student Research Program Fellowship in 2009, and in summer 2010 worked as an intern at NASA's Lyndon B. Johnson Space Center, or JSC, in the radiation health officer group. He accepted a full-time position as a NASA contractor in October 2010 and earned his Ph.D. degree from the University of Florida in December 2012. Bahadori became a NASA civil servant in January 2013 with the space radiation analysis group at NASA JSC. In his time there he substantially upgraded the tools used to calculate astronaut risk from medical exams involving ionizing radiation, coordinated astronaut radiation-risk reporting, led particle accelerator-based data collection and served as principal scientist for the advanced exploration systems rad works radiation environment monitor project. In December 2015 Bahadori joined the department of mechanical and nuclear engineering at K-State as an assistant professor and in March 2021 he was promoted to associate professor with tenure.

Research
Bahadori is the director of the Radiological Engineering Analysis Laboratory, or REAL, at K-State. His research is focused on the characterization of radiation environments, understanding the response of humans and electronics to radiation exposure using both experimental and computational techniques, and radiation imaging. Bahadori is collaborating with researchers in the space radiation analysis group at NASA JSC on development of novel active-shielding architectures to enable long-term exploration missions to the moon and Mars. He has worked on several Department of Energy-funded projects through the plant-directed research and development program at the Kansas City National Security Campus in Kansas City, Missouri, on topics including x-ray dosimetry for electronic components and development of novel GaN-based radiation detectors. Bahadori also studies use of advanced computational phantoms in bioheat transfer applications.

Academic highlights
Bahadori teaches courses related to nuclear and radiological engineering including NE 690, Radiation Protection and Shielding; and NE 691/891, Radiation and Human Health. He has authored or co-authored more than 50 peer-reviewed publications and 11 NASA technical papers, with more than 600 citations and an h-index of 13, according to Google Scholar. Bahadori has presented at numerous meetings in the U.S. and abroad including the Medipix Open Meeting at CERN, Workshop on Radiation Monitoring for the International Space Station, American Association of Physicists in Medicine Annual Meeting, American Nuclear Society Annual Meeting and Health Physics Society Annual Meeting. His research was featured in an October 2013 article on medicalphysicsweb. In 2015 Bahadori was honored to be part of a team receiving the NASA Group Achievement Award, and in 2018 he was awarded the Committee on Space Research (COSPAR) Zeldovich Medal by Scientific Commission F, Life Sciences as Related to Space. In 2019 he was awarded another NASA Group Achievement Award for work on characterizing astronaut radiation exposure behind thick shields in collaboration with NASA Langley Research Center. Bahadori is a member of the International Radiation Physics Society, Health Physics Society, American Nuclear Society, Alpha Nu Sigma and Tau Beta Pi.

CAPT (Ret.) John Cardarelli is a Research Health Physicist with the National Institute for Occupational Safety and Health. He has nearly 30 years working in various radiological fields with the Centers for Disease Control and the Environmental Protection Agency, including epidemiology, exposure assessment, risk communication, emergency response, environmental characterization and cleanup policies, aerial and ground-based wide-area characterization, dose reconstructions and non-ionizing radiation. He also is an Assistant Adjunct Professor at the University of Cincinnati, College of Medicine, Department of Environmental Health and recently retired as a Captain from the U.S. Public Health Service.

In his first year as President of the Health Physics Society, he produced a video documentary on the history of the linear no-threshold model [https://hps.org/hpspublications/historylnt/]. It is a 10 hour, 22 episode historical journey on how the linear no-threshold cancer risk assessment model replaced the threshold model for radiation protection purposes in the United States.

Cardarelli served on two National Council on Radiation Protection and Measurement committees and is actively engage with the Health Physics Society and the National Society for Professional Engineers. He has written six book chapters, 15 peer reviewed journal articles, and more than 30 technical reports. He has received numerous awards throughout his career, most notably the EPA, PHS, and Federal Engineer of the Year (2006), PHS Meritorious Service Medal (2016); the John Teschner Leadership Award (2018) and was the recipient of the 2022 John C. Villforth Lecture Series Award by the Conference of Radiation Control Program Directors. His most recent journal article entitled “It’s time to move beyond the linear no-threshold theory for low dose radiation protection” won the Best Paper of Year Award from Dose-Response in 2018.

Shaheen Azim Dewji is an Assistant Professor in the Nuclear & Radiological Engineering and Medical Physics Programs at the Georgia Institute of Technology, where she leads the Radiological Engineering, Detection, and Dosimetry (RED²) research group. Dewji joined Georgia Tech following three years as faculty at Texas A&M University in the Department of Nuclear Engineering, and as a Faculty Fellow of the Center for Nuclear Security Science and Policy Initiatives (NSSPI).

Dewji completed her Masters and Ph.D. degrees in Nuclear and Radiological Engineering at the Georgia Institute of Technology in Atlanta, GA and was a fellow of the Sam Nunn Security Program. As a native of Vancouver, Canada, she received her Bachelor of Science in Physics from the University of British Columbia and also participated in the UBC Science Co-op Program and the Go Global/Education Abroad Program with the Department of Nuclear Engineering at the University of California Berkeley as part of her undergraduate studies.

Dewji currently serves on the National Academies of Science, Engineering, and Medicine – Nuclear and Radiation Studies Board.

Paul Dickman is a Senior Policy Fellow with Argonne National Laboratory focusing on nuclear energy, nonproliferation, and national security policy. For over thirty-five years Mr. Dickman has been involved in the forefront nuclear energy and national security programs in the U.S. and internationally. He has held senior managerial positions at the U.S. Nuclear Regulatory Commission and the Department of Energy’s National Nuclear Security Administration. He holds leadership positions in the American Nuclear Society and the World Council on Isotopes, advises organizations on risk communication, and serves as an advisor to the Japanese Government on the decommissioning of the Fukushima accident site.

As a Senior Policy Fellow, Dickman has a broad portfolio for engagement on international civil nuclear energy, waste management, nonproliferation, and national security policy. He writes and frequently speaks on nuclear waste and fuel cycle issues, the promotion of U.S. civil nuclear technology and safety, and international nonproliferation goals and regimes. He served as the Study Director for American Nuclear Society’s (ANS) special report on the nuclear accident at Japan’s Fukushima Daiichi nuclear reactor complex and currently advises the Japanese government on the decommissioning of the Fukushima site. He is a member of the National Academy of Science’s study committee on Science and Technology for the Department of Energy’s Defense Environmental Cleanup Program.

Prior to joining Argonne, Dickman served as Chief of Staff to Nuclear Regulatory Commission (NRC) Chairman Dale E. Klein, managing the Chairman’s staff, including day-to-day operations of the Chairman’s office and coordinated policy among Commissioner offices, the White House, and the interagency. During this dynamic period of positive management, the NRC achieved unprecedented acclaim from industry and Congress for modernizing the agency and from the international safety community for their leadership in advancing global nuclear safety. Prior to joining the NRC, Dickman served as the Deputy Director of the Office of Policy for the Department of Energy’s National Nuclear Security Administration (NNSA). As a member of the Undersecretary’s staff, he had responsibility for nuclear energy and nonproliferation policy, international cooperation initiatives, and for development of the Congressional budget and hearing testimony. In addition, he served as the NNSA representative to various stakeholder and NGO working groups on nuclear materials recycle and disposition policy.

During his 40-year career, Dickman has focused on the nuclear fuel cycle and radioactive waste management. Early in his career he managed environmental research projects in remediation of nuclear weapons testing areas, and disposal of highly radioactive materials and components using remote controlled systems. He also managed the nuclear waste characterization and transportation programs for the Waste Isolation Pilot Project and served as principal technical advisor to the Director for the Office of Civilian Radioactive Waste.

Alyse Huffman is a Professional Staff Member working on the Energy Subcommittee of the House Science, Space, and Technology Committee, Majority, where she also worked as the 2019 American Association for the Advancement of Science (AAAS) Congressional Fellow sponsored by the American Nuclear Society. Her primary focus areas in her portfolio are nuclear energy, advanced manufacturing, industrial emissions reduction, grid modernization and storage, DOE loan programs, technology transfer, climate and environmental research, nuclear physics, and energy water nexus issues. Prior to the fellowship, Alyse worked as a nuclear engineer with over 4 years of experience in reactor core design and fleet-wide spent fuel pool criticality safety at Duke Energy in Charlotte, NC. Her graduate work involved research for the Expert Group on Burnup Credit within the Working Party on Nuclear Criticality Safety of the Organisation for Economic Co-operation and Development Nuclear Energy Agency (OECD – NEA). Alyse received her M.S. and B.S. in Nuclear Engineering from the University of Florida. She is a licensed Professional Engineer in the state of North Carolina.