ANS Members, please log in to watch this webinar.

The availability of high-assay low enriched uranium (HALEU) may prove pivotal to the deployment of numerous advanced nuclear projects in this decade and beyond. A majority of domestic advanced reactor projects plan to rely on HALEU and the recent creation of the Department of Energy’s Advanced Nuclear Fuel Availability Program highlights congressional and federal understanding of the need for more action in this area. However, the question remains how best to frame existing efforts and what additional efforts might be needed to secure the HALEU for our future. Our expert panel explored this question and much more during an ANS members-only virtual event. 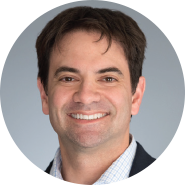 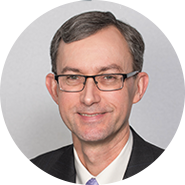 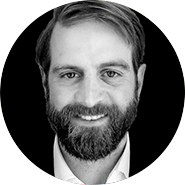 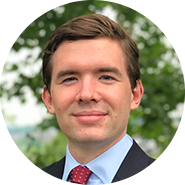 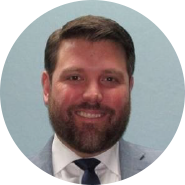 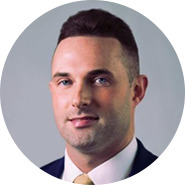 Scott Kopple is the senior director of government relations at BWX Technologies, Inc. (BWXT). Kopple represents the Company’s interests on Capitol Hill and within the administration with a focus on the Department of Energy’s national security programs and contracts, fuel cycle programs and commercial nuclear energy issues. He is also deeply engaged in BWXT’s Naval Reactors business and the Department of Defense’s shipbuilding programs.

Kopple has extensive experience on Capitol Hill and within the nation’s nuclear weapons complex. Prior to joining BWXT in 2012, he served as a congressional liaison for Lawrence Livermore National Laboratory (LLNL), representing the laboratory’s interests before Congress. He was also responsible for facilitating meetings and briefings between members of Congress and LLNL leadership on issues including stockpile stewardship, conventional munitions, greenhouse gas verification and fusion energy. Before joining LLNL, Kopple was appointed by President George W. Bush as director of congressional affairs for the National Nuclear Security Administration (NNSA) from 2006 until he joined LLNL in 2009. In this role, he served as the senior advisor to the organization’s executive leadership on legislative and political strategy to meet the agency’s goals. He served as NNSA’s primary liaison to the Appropriations and Armed Services Committees.

Kopple also brings congressional experience to BWXT. He served as a professional staff member and as deputy communications director for the U.S. House Government Reform Committee. He also served in the office of U.S. Rep. Tom Davis (R-VA) as a legislative assistant.

Kopple also served as the Iowa executive director for President George W. Bush’s 2004 re-election campaign. He successfully led the Iowa campaign to a victory, which had not been accomplished by the Republican nominee since 1984.

Kopple earned a bachelor’s degree in government and politics from George Mason University. In 2019, the Governor of Virginia appointed Kopple to serve on the Virginia Nuclear Energy Consortium Authority. He also serves on the U.S. Nuclear Industry Council board of directors.

Everett Redmond is Senior Technical Advisor, New Reactor and Advanced Technology, at the Nuclear Energy Institute. He is responsible for programs and policy efforts to support development and commercialization of advanced reactor technologies. Redmond focusses on technology development, deployment, and the uranium fuel supply chain. His prior responsibilities have included outreach to the nonproliferation community, and coordinating industry policies related to the front and back end of the fuel cycle.

Redmond has been with NEI since October 2006. Before joining NEI, Everett was a Principal Engineer at Holtec International from 1996 - 2006 where he worked on the radiological design of spent fuel storage systems. Redmond holds a PhD from the Massachusetts Institute of Technology in Nuclear Engineering (1997).

As Senior Director for Corporate Strategy and Advisor to the CEO, Benjamin Reinke leads long-term strategic planning for the company, integrating his work to support key functions ranging from business planning to business development, and strategic partnerships to strategic supplier relations. He also supports X-energy’s capital planning, government engagement, and communication of the X-energy corporate impact and product value.

Reinke is an energy professional with expertise in science and innovation, clean energy technology development, industries of the future, nuclear systems, critical minerals and materials, space science and technology, and the nexus of energy security and national security. His policy development and implementation experience spans both the legislative and executive branches.

Reinke was previously the Executive Director of the Office of Strategic Planning and Policy of the Department of Energy (DOE). As the senior policy advisor to the Secretary, he spearheaded high-priority energy initiatives and led an interdisciplinary team of experts in crafting long-term, cross-cutting DOE strategies. Prior to DOE, Reinke served as majority professional staff on the Senate Committee on Energy and Natural Resources, where he led departmental oversight and development of law spanning a range of energy issues including technology development, batteries and grid storage, workforce, microgrids and integrated energy systems, nuclear energy, and university R&D. He first joined the ENR team as the 2016 American Nuclear Society Glenn T. Seaborg Congressional Fellow. As the chief architect of legislation and strategies in these roles, Reinke has worked with researchers and innovators across economic sectors.

Reinke holds his PhD and MS in nuclear engineering, as well as his BS in physics and French from the Ohio State University, where he was a NASA Space Technology Research Fellow and a Nuclear Regulatory Commission Fellow. His graduate studies included radiation damage in advanced materials for space applications and the development and characterization of high-temperature radiation detectors for nuclear safeguards in molten salt reprocessing environments. His undergraduate research thesis discussed the cultural and political context of the development of the French nuclear program, during which time he also worked as a research assistant in a High Energy-Density Physics laser research group.

Patrick White is a Project Manager at the Nuclear Innovation Alliance where he manages project research, stakeholder engagement, and related activities. He leads research and advocacy related to advanced reactor licensing strategies, regulatory modernization at the NRC, and safety assessments of nuclear systems.

White completed his PhD in Nuclear Science and Engineering from the Massachusetts Institute of Technology (MIT) in 2021 with his doctoral thesis on licensing methods and regulatory frameworks for commercial fusion technology. He was a graduate researcher on the 2018 MIT "Future of Nuclear Energy in a Carbon-Constrained World” study, co-authoring report sections on licensing issues related to advanced nuclear reactor deployment. He subsequently received his MS in Nuclear Science and Engineering from MIT in 2019 with his thesis research on advanced reactor regulatory pathways.

Williams is detailed to the Senate from Idaho National Laboratory, where he serves as the Lead for Energy Policy and Strategic Analysis.

Prior to joining Idaho National Laboratory, Williams spent twelve years with the U.S. Department of Energy’s Office of Nuclear Energy, most recently as the Senior Advisor to the Assistant Secretary for Nuclear Energy.

In his time with the Department of Energy, Williams served in numerous roles within the Office of Nuclear Energy, including Team Lead for Nuclear Energy Enabling Technologies and Nuclear Energy University Programs. He also managed multiple programs within the Office of Fuel Cycle Research and Development. Williams also spent time working at the Department of Energy’s Idaho Operations Office, serving as the Acting Assistant Manager for Research and Development.

Before joining the Department of Energy, Williams worked for SAIC in support of the Defense Threat Reduction Agency’s Cooperative Threat Reduction Program, where he was the project manager for the Strategic Nuclear Arms Elimination program.

John Starkey is the Director of Public Policy for the American Nuclear Society. During his time with ANS, Starkey has supported the planning and execution of federal public policy engagement initiatives in our nation’s capital. This includes government outreach activities with Capitol Hill and Executive Branches. In 2017, Starkey left a background in finance to pursue federal energy policy in our nation’s capital. For several years, he worked on nuclear energy and renewable energy policy at the U.S. Senate Committee on Energy and Natural Resources. John also spent some time in the private sector working on a variety of different policy matters at the D.C.-based lobbying firm, Bose Public Affairs Group. Starkey joined ANS in January 2020 to specifically work on nuclear science and technology policy issues.