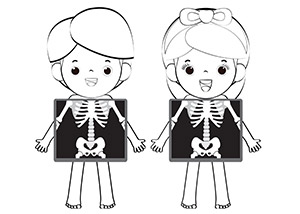 Even the youngest students find nuclear science fascinating! Foster their interest with these coloring pages. 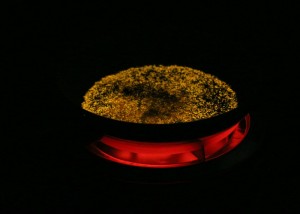 When the salt is irradiated, gamma rays pass through the crystals and the energy deposited there excites electrons and causes them to move to a higher energy state. Due to the nature of salt crystals, the electrons become trapped in that higher energy state. After being irradiated, the salt appears as a cinnamon color rather than white; that is because the repositioned electrons affect the way that light is reflected by the crystal.

Preheat a dry frying on a hot plate set at its highest temperature. OR, put the pan above a lab burner. Continue heating the pan. In acompletely darkened room,sprinkle or pour some of the irradiated salt into the hot frying pan. Carefully observe what happens! Then, observe the salt which remains in the bottom of the frying pan after your experiment.

You should see tiny flashes of light as the irradiated salt comes into contact with the frying pan surface. (You must be fairly close; the flashes are not bright.)

Check the irradiated salt with a radiation monitor (Geiger counter) to see if it is radioactive. (Make sure you have a reading for background radiation, too.)

The salt was irradiated, but it is not radioactive. Readings from a radiation monitor should be the same as background.

Concepts you can teach:

If the irradiated salt is exposed to sunlight or artificial light, it will gradually lose its coloration and turn back to white. The light exposure causes some changes in the lattice, the electrons gradually return to their original energy states and the salt returns to its original white color. Be sure to keep it protected in a dark or opaque container.

Frequently Asked Question: Is the irradiated salt safe to eat? The dose of radiation given to the salt was higher than FDA allows for this type of food; the laboratory where it was irradiated does not meet USDA/FDA standards for food handling. However, the salt is not radioactive – either before or after heating in the demo. The salt never releases ionizing radiation, only visible light. 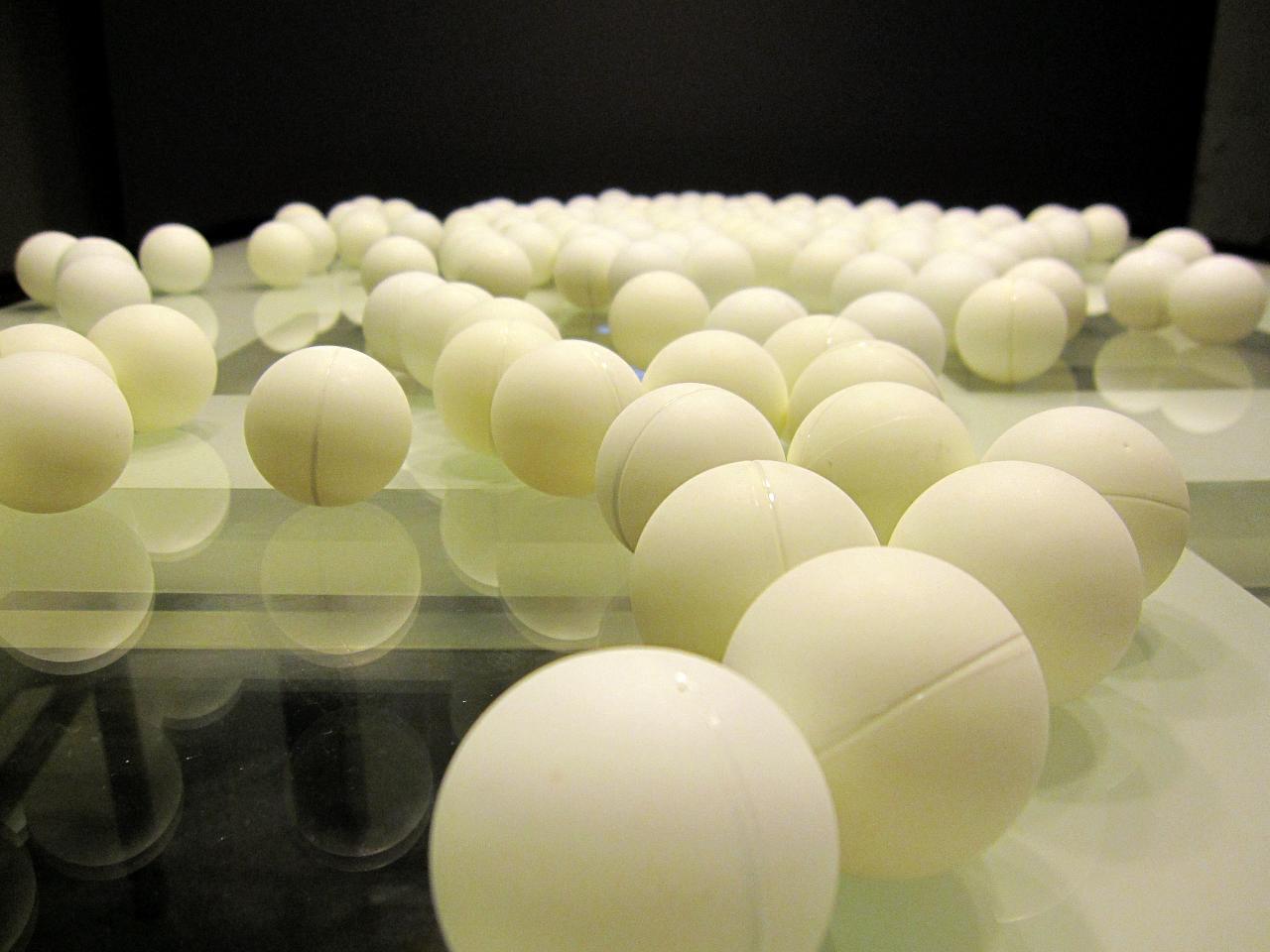 With the Critical Mass Demonstration, students gain a better understanding of critical mass and how a chain reaction can become uncontrolled. Students are able to visualize what is meant by subcritical, critical, and supercritical mass. By extension, this experiment is a useful analogy to nuclear fission. This experiment is best used by students working in groups.

Time for Teacher Preparation: 30-60 minutes – To gather materials and set-up

It is important that students throw their balls straight up into the air and not aim directly for their fellow students.

The splitting of a massive nucleus into two fragments, each with a smaller mass than the original, is known as nuclear fission. A typical example of nuclear fission is the splitting of a uranium-235 nucleus. This is a reaction that is used in nuclear reactors to generate heat by which steam is produced and used to turn turbines that generate electricity. The fission of uranium-235 begins when the uranium-235 nucleus captures a slow moving neutron and forms an unstable “compound nucleus”. The compound nucleus quickly disintegrates into two smaller nuclei, such as barium-141 and krypton-92, two or three neutrons (2.5 average), and a tremendous amount of energy (~200MeV per fission).

Because the uranium-235 fission reaction produces 2 or 3 neutrons, it is possible for those neutrons to initiate a series of subsequent fission reactions. Each neutron released can initiate another fission event, resulting in the emission of more neutrons, followed by more fission events, and so on. This is a chain reaction – one event triggers several others, which in turn trigger more events, and so on. In a nuclear power plant the chain reaction is controlled by restricting the number of neutrons available to collide with the uranium. This is accomplished by absorbing some of the released neutrons with various materials. In an uncontrolled chain reaction (such as an atom bomb explosion) there is nothing to control the number of neutrons being released, so the rate of the chain reaction increases dramatically.

There are two parameters needed to create a critical mass, the number of atoms and the spacing of the atoms. In this demonstration each student represents a uranium atom inside of a nuclear reactor. Each uranium atom releases two neutrons when it fissions. For this demonstration, the larger the number of student participants, the better the results.

Arrange the students in a square array approximately 3 feet apart and give each student two balls. Take a ball for yourself and to begin the activity, throw your ball up into the air or at a student. Any student that is hit with this ball throws their two balls straight up into the air. Any student hit by these balls then throws their balls into the air. The reaction continues until there are no more balls in the air. The first time, the reaction will probably die out quickly, this is called subcritical.

Repeat the process, but place the students only 1 foot apart this time and carry out the activity. This time, the reaction should be self-sustaining. This is called critical and a critical reactor is running at a steady state.

Repeat the process a final time, but place the students in a tight array without any space between them. This time, there should be lots of balls in the air at one time. This represents a supercritical mass, or when a reactor is increasing its power level.

Replace the students with mousetraps and place them in an array. Set the traps and place a ping pong ball on each one. Be careful not to get your fingers caught in the traps, as sometimes they will go off when you set the ball on them. Then drop a ball on the array and watch the ball bounce around, setting off more traps. View demo here.

In a nuclear reactor, the reaction is controlled by control rods. These are special rods that go in between groups of fuel rods (which have fuel pellets stacked in them) inside the reactor. The control rods help to start (when they are removed), stop (when they are fully inserted), increase or decrease (when they are partially removed or inserted) the fission process.

Explain that students will now demonstrate a controlled reaction. Use the same students to be atoms or select a new group. Choose one (or more) additional student(s) to be a control rod. Their job is to stand inside the “atoms” group and try to grab or bat away the falling balloons before they hit a student. Since there are now control rods in your demonstration, the first balloon may have to be thrown several times before it hits a student. After all the balloons are thrown, discuss what happened. Fewer students should have been hit because the control rods intercepted some of the “neutrons.” Students can see how the rods slow down and can even stop a chain reaction. When that happens, the fission process will stop very quickly.

Split students into small groups and give each student two balls. Have students design an experiment to model nuclear fission and critical mass with the balls acting as neutrons in a reactor.

What happened during each trial and why?

How do you think nuclear power plant operators use this concept to power up or power down?