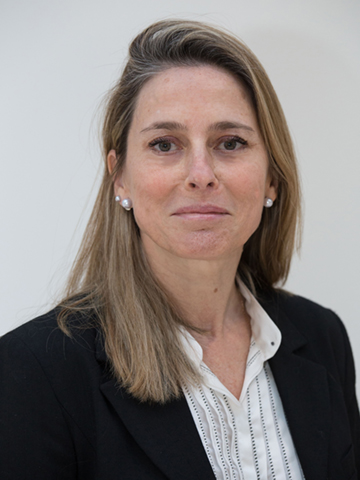 Previously, and since June 2018, she was Head of the Division of Nuclear Technology Development and Economics at the OECD Nuclear Energy Agency. In her role at the NEA, she led a team of analysts responsible for providing Member Countries with authoritative studies in the intersection of technology, innovation and economics in support of their energy policy decision-making. Since January 2020, she was also Head of the Technical Secretariat for the Generation IV International Forum (GIF).

From 2011, she was the Director of Nuclear Engineering Programs and Associate Professor at the Department of Mechanical and Nuclear Engineering at Virginia Commonwealth University (VCU). She was one of the key individuals involved in the creation and development of this thriving new Nuclear Engineering program. Sama was responsible for the academic and research aspects of the new VCU nuclear engineering program, including student and faculty recruitment, curriculum development, accreditation, funding, research collaborations, industrial partnerships, marketing, outreach, etc. She also taught undergraduate and graduate courses in areas such as thermal-hydraulics, heat transfer, multi-phase flow, nuclear reactor design, energy and environmental policy, economics of electricity production, etc. At VCU, she led an active research group including post-doctoral research associates, PhD, MS and undergraduate students, and was the principal investigator in several research and development, as well as educational grants, totalling about $4M.

At her departure from VCU in May 2018, Sama was also a member of the Institute of Nuclear Power Operations (INPO) National Accreditation Board, and the Chairman of the Board of the Virginia Nuclear Energy Consortium (VNEC).

From 2008, Sama was the Technical Head of the International Atomic Energy Agency (IAEA) Water Cooled Reactors Technology Development Unit and she was responsible for IAEA activities in support of the development and near term deployment of advanced water cooled reactors and their associated fuels.

From February 2001 until March 2008, Sama was a Nuclear Safety Analysis Engineer at Dominion Energy, where she worked on the development and licensing of new methodologies in core thermal-hydraulics and nuclear safety analysis in support of Dominion’s nuclear power stations.

Sama is one of the seven founders of the North American Young Generation in Nuclear (NA-YGN), and served as Public Information Chair since its creation in 1999 until May 2005. Sama is also an active member of the American Nuclear Society (ANS) since 1995, both nationally and locally (VCU student section and Virginia local section). Her dedication to spreading the good news about nuclear earned her the ANS 2002 Public Communications Award. In 2007 she received the NA-YGN Founder Award, the highest award given to an NA-YGN member, which rewards leadership, vision and dedication. In 2007, and again in 2010, Sama was elected to the national Board of Directors of the American Nuclear Society. In 2011, she received the ANS Mary Jane Oestmann Women’s Achievement Award. In 2014 she received an ANS Presidential Citation for her continuous dedication to ANS. In 2018 she was presented with the W. Reed Johnson Award for Extraordinary Contributions to the Virginia Section of the ANS. Sama is also a member of SNE, ASME, ASEE, SWE and WiN.