Tanya Hamilton serves as senior vice president, nuclear corporate for Duke Energy. In this role, she is responsible for accelerating the company’s efforts to transform operations and position the nuclear fleet to serve customers well into the future. She has responsibility for nuclear corporate operations, engineering, regulatory affairs, strategy and innovation.

Hamilton has more than 25 years of experience in the nuclear energy industry. Before assuming her current position in December 2019, she served as site vice president of the Harris Nuclear Plant near New Hill,

N.C. In that role, she was responsible for the safe and reliable operation of the single-unit, pressurized water-reactor nuclear generating facility. She directed station and facilities management, operations, maintenance, chemistry, radiation protection, engineering, nuclear and industrial safety, and business operations. She also served as plant manager of Harris.

Hamilton serves on the nuclear engineering accreditation oversight board for North Carolina State University and provides strategic consulting to the board of directors for Community Health Service in Union County, N.C.

Kunkel is a graduate from North Carolina State University with a Bachelor of Science degree in mechanical engineering. He served as a nuclear submarine officer from 1985 to 1990 and qualified as a navy engineering department leader in 1990. Kunkel earned a senior reactor operator certification at McGuire Nuclear Station. 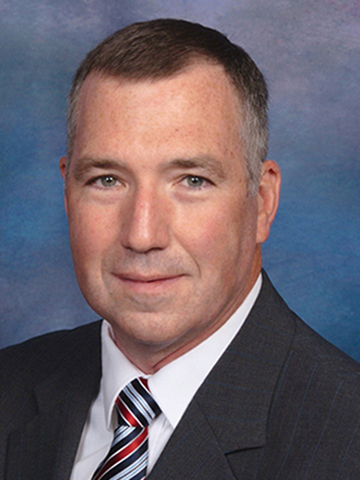 Dan joined SNC in 2014 as the Nuclear Fuel & Analysis Director and became the Fleet Engineering Director in 2016. In 2019, Dan was asked to serve as the Fleet Liaison for integrating the new Vogtle 3&4 plants into the operating fleet. Prior to joining SNC, Dan held various leadership positions with Westinghouse Electric Company, TetraTech, and Black & Veatch. He began his nuclear career serving in the Navy Nuclear Program for 8 years followed by an opportunity to join Entergy as a Shift Engineer at Arkansas Nuclear One. While at Entergy, Dan held various positions in Operations, Engineering, and Project Management. He received an SRO license on ANO Unit 2 and attended the Senior Nuclear Plant Manager Course. Dan has a Bachelors Degree in Mechanical Engineering and an MBA from the University of Oklahoma. He was also certified as a Naval Nuclear Engineer and has a Project Management Certification (PMP).

Dan Doran has held many positions in Constellation Generation throughout his 31 years of nuclear industry experience. Prior to his current position as President of Constellation PowerLabs, Dan held leadership roles in Engineering, Maintenance, and Work Management at the Limerick Generating Station where he served for 24 years and then as a Corporate Engineering Director for 4 years. Dan received his bachelor’s degree and master’s degree in Mechanical Engineering from The Pennsylvania State University and Villanova University respectively. Dan also received a BWR SRO certification.