The most informative paragraph in a lengthy article titled Cooling tubes at FPL St. Lucie nuke plant show significant wear published in the Saturday, February 22, 2014, edition of the Tampa Bay Times is buried after the 33rd paragraph:

In answers to questions from the Tampa Bay Times, the NRC said the plant has no safety issues and operates within established guidelines. That includes holding up under "postulated accident conditions."

Unfortunately, that statement comes after a number of paragraphs intended to cause fear, uncertainty, and doubt in the minds of Floridians about the safety of one of the state's largest sources of electricity. St. Lucie is not only a major source of electricity, but it is also one of the few power plants in the state that is not dependent on the tenuous supply of natural gas that fuels about 60 percent of Florida's electrical generation.

In March 2013, at the height of the political battle about the continued operation of the San Onofre Nuclear Generating Station-a battle that ended with the decision to retire both of San Onofre's units-Southern California Edison issued a press release that contained words of warning for the rest of the nuclear industry.

The Nuclear Energy Institute's Scott Peterson called the Friends of the Earth claims "ideological rhetoric from activists who move from plant to plant with the goal of shutting them down." He goes on to say: "Not providing proper context for these statements incorrectly changes the meaning and intent of engineering and industry practices cited in the report, and it misleads the public and policymakers."

In San Onofre's case, the context of the public discussion should have included a widespread understanding that the decision to shut down the plant was based on a single steam generator tube leak that was calculated to be one-half of the allowable operating limit. That leak was detected by an alarm on a radiation sensing device sensitive enough to alarm with a leak that might have exposed someone to a maximum of 5.2 x 10-5 millirem.

The antinuclear movement has a long history of using steam generator material conditions as a way to force nuclear plants to shut down. Most nuclear energy professionals will freely admit that the devices have been problematic since the beginning of the industry. There was a period of acrimonious litigation when the utilities sued the vendors because the devices did not last as long as initially expected. However, with an extensive replacement program, focused research, attention to detailed operating procedures, and material improvements, steam generators are more reliable today than they were 25 or even 15 years ago.

It is also worth understanding that steam generator leaks do not cause a public health issue. Operating history shows that essentially all of the leaks have been modest in size and resulted in tiny releases of radioactive material outside of the plant boundaries. U-tubes are part of the primary coolant boundary and are thus classified as "safety-related." Their integrity is important to reliable plant operation, but the 30 percent of the plants operating in the United States that are boiling water reactors don't even try to keep radioactive coolant out of the steam plant.

The Tampa Bay Times feature article, written by Ivan Penn, included quotes from some of the same players involved in the-unfortunately-successful effort to close down San Onofre. Their words have that familiar ring of "ideological rhetoric," indicating that St. Lucie might be high on the target list for the activists who move from plant to plant.

Arnie Gundersen, who Penn correctly identified as a frequent nuclear critic, provided a fairly explicit quote supporting the guess that the antinuclear movement has selected its next campaign victim. "St. Lucie is the outlier of all the active plants." Later in the article, he stated that St. Lucie's steam generators have a hundred times as many "dents" as the industry average. That might be true, but that is mainly because the industry average is in the single digits. The important measure is not the number of wear spots, but their depth.

Daniel Hirsch, described as a "nuclear policy lecturer" from the University of California at Santa Cruz, used more colorful language, "The damn thing is grinding down. They must be terrified internally. They've got steam generators that are now just falling apart." Like Gundersen, Hirsch has fought against nuclear energy for several decades.

David Lochbaum, from the Union of Concerned Scientists, indicated that he thought that the plant owners were gambling, even though their engineering analysis, which was supported by the Nuclear Regulatory Commission, indicates that the plant has no safety issues and is operating within its design parameters.

Those quotes from the usual suspects, spread throughout the article, are balanced by quotes explaining or supporting FPL's selected course of action to continue operating and to continue conducting frequent inspections to ensure that conditions do not approach limits that would require additional action.

Here is an example from Michael Waldron, a spokesman for FPL, that appears near the end of the article:

Even though it is balanced with an almost equal number of pro and con quotes, Ivan Penn's article includes a number of phrases that appear to be carefully selected to increase public uncertainty and worry about St. Lucie's continued operation. It is possible to also attribute the words to the author's desire to add drama and emotion to attract additional readers; that can be difficult to do while maintaining accuracy. Unfortunately for people who love drama, nuclear power plants are quite boring. The vast majority of the time they simply keep working.

Here is an example of the type of rhetorical enhancement that frustrates people who value the accurate use of words:

Worst case: A tube bursts and spews radioactive fluid. That's what happened at the San Onofre plant in California two years ago.

As stated above, the tube at San Onofre did not "burst" and it did not "spew" radioactive fluid. A tube developed a small, 75-85 gallon-per-day leak from the primary system into the secondary steam system. The installed equipment provided an immediate indication of a problem and the operators promptly took a very conservative course of action to shut down the plant.

While the responsible engineers were performing their detailed investigations and drafting their recommendations, the activists and the politicians took charge of the public communications and worked hard to ensure that San Onofre never restarted. Their focused misinformation offensive resulted in the early retirement of an emission-free power plant that reliably provided 2200 MW of electricity at a key node in the California power grid.

Today, local residents in California are not safer, the air is not cleaner, and the wholesale price of power has already increased by more than 50 percent. Several large-scale infrastructure investments are being planned to restore resiliency to California's grid. The primary beneficiaries of the antinuclear actions are the people who sell the 300-400 million cubic feet of natural gas needed every day to make up for the loss of San Onofre. 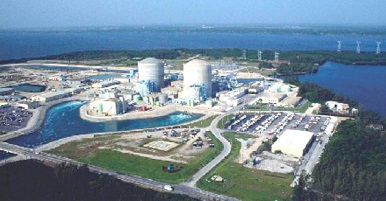 Conventional wisdom says that the general public was introduced to atomic energy by the explosions at Hiroshima and Nagasaki. According to that version of history, the introduction instilled a...

The leaders of electric power companies owning half of Europe's generating capacity have joined together to inform the European Union that its policies are leading to a dangerously unstable...

There is a good reason for American nuclear energy professionals to learn more about the dynamics of the natural gas market. We have been told numerous times that cheap natural gas is making...

On September 12, 1933, slightly more than 80 years ago, Leo Szilard was the first person to imagine a reasonable mechanism for releasing the vast quantities of energy known to be stored in...

In 1970, Robert O. Anderson gave David Brower $200,000 as seed money to form the virulent antinuclear group that calls itself Friends of the Earth. I learned that important piece of...