The leaders of electric power companies owning half of Europe's generating capacity have joined together to inform the European Union that its policies are leading to a dangerously unstable power grid. According to GDF Suez CEO Gerard Mestrallet,

"The risk of black-outs has never been higher."

That is a pretty strong statement of concern. In addition to worrying about grid stability, the power suppliers are also concerned that their continent is not on a path to achieve its CO2 emissions targets and they are worried about the response of customers that continue to see their electricity bills rise at the same time that they read about ever lower wholesale prices.

The problems stem from a series of decisions that have been made with the expressed intent of achieving three goals - improved energy security, reduced greenhouse gases and reduced energy prices. However, the EU's decisions to subsidize selected technologies, to flood the market for carbon emissions credits, and to discourage less popular, ultra-low emission technologies -- like nuclear energy -- have increased prices for energy users, slowed CO2 emissions reductions, and reduced grid stability.

Not surprisingly, outside observers have not yet noticed the grid stability risks. Most parts of the European grid, especially in the anchor countries of Germany and France, have experienced fewer power outages than in North America, but the people who are intimately involved in supplying the grid understand the importance of anticipation and early action as margins get thinner. Instability happens in complex systems at unexpected times when they operate close to their capacity limits.

Europe retains abundant electricity generating capacity, but more and more of its nameplate capacity is in the form of unreliable wind and solar systems that can only generate electricity when nature decides to supply the motive force. Too much of Europe's capacity cannot be scheduled by either humans or their automated systems. Renewable power systems have production rates that are only coincidentally related to electricity demand; production is often too much, too little or not in the right place.

In response to frequent periods of low or negative wholesale prices and lack of compensation for providing on-demand capacity, generators are mothballing unprofitable generating plants. According to an October 12, 2013 article in The Economist titled How to lose half a trillion euros, European power suppliers have shuttered more than 30 GWe of modern gas-fired generating capacity and are considering shutting down even more.

Electricity generators, formerly predictable investments suitable for widows and orphans, are losing money and investor interest. Their market capitalization has fallen by more than a third from its peak, with the worst performances occurring in German utilities like E.ON, whose share price has dropped by 75%.

In contrast to the situation in North America, natural gas is not cheap in Europe; prices are about three times as high as they are in the US. In 2012, natural gas in the US was so cheap that it captured a substantial portion of the electricity fuel market from coal. That situation directly affected the European market.

Since coal is much easier to transport than natural gas and since the Federal Energy Regulatory Commission does not have to approve coal export permits -- as long as the exports can pass through existing terminals -- the coal industry's natural response was to market its surplus coal production capacity outside the US.

Though the EU puts a price on carbon dioxide dumping through a carbon emissions trading system (ETS), it issued so many permits that the price has fallen to just 5 euros per ton. Part of the reason for the drop in price is the weakness of the European economy and the associated weakness in electricity sales. At current carbon emission permit prices, it is often cheaper to buy permits and burn coal imported from the US than to burn natural gas imported from Russia or the Middle East. In 2012, the European market accounted for 45% of a record US coal export volume of 114 million metric tons. CO2 emissions in Europe continued to fall in 2012 compared to 2011, but the rate was less than expected due to the increased use of coal.

Partly as a result of the various subsidies and mandates provided to selected technologies (primarily wind and solar but also biomass) there is a growing gap between the wholesale trading prices published for electricity sales and the prices that consumers pay for electricity. For example, in Germany, peak wholesale prices averaged 38 euros per MW-hr while retail electricity prices averaged 285 euros per MW-hr. While some of that price differential is due to the cost of transmission and distribution, it also covers the above market Feed In Tariffs paid to wind and solar generators. That kind of price differential makes the electricity generators nervous about customer backlash; they read about how electricity is getting cheaper, but they see their own bills increasing.

There is a risk that the EU policy makers will respond to the challenges illuminated by the generating companies with an effort to patch up the existing system. They are under pressure from environmental groups and renewable energy system suppliers to continue to provide preferential treatment to the currently popular, but unreliable power sources.

The generating company CEOs would prefer different solutions; they want a technology neutral climate goal and a halt to special subsidies and set asides for favored technologies. They recommend implementing capacity payments for reliable generation systems, especially if the preferential grid access for renewable power systems remains in place. They believe they are well positioned to make sound technical choices that would provide the most reliable service at the lowest overall cost - if they are given clear, fair rules.

Though the articles I've read so far on the topic do not say it in so many words, my guess is that the electricity generating company leaders recognize that nuclear energy would compete quite well under their preferred regulatory and incentive regime. 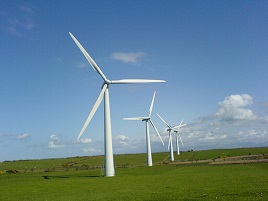 In a recent opinion piece in the Bulletin of the Atomic Scientists, mathematician and economist Michael Edesess writes that “The goal of net zero greenhouse gas emissions by 2050 [appears]...

•Written on location at the ANS Winter Meeting by Will Davis...