Understanding the anti-nuclear movement: Pieces of the puzzle

Many people are puzzled by the anti-nuclear movement in Vermont and the world. Those who consider all the evidence often don't understand the opposition. Many issues and accusations are raised against nuclear power by anti-nuclear activists. Trying to understand the root sources of these issues can help in understanding the passion involved.

Do other recent issues in Vermont, seemingly unrelated, provide some insight about the motivations and underlying passion of those opposed to nuclear power? I will recount some recent issues, followed by what they may tell us about the anti-nuclear movement in Vermont-and the world.

To fluoridate or not

For many years, the town of Bradford, Vt., has added fluoride to its drinking water. This is a common dental health measure to prevent cavities. 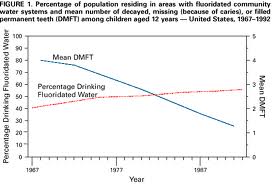 Last year the town needed a new water system pump house. The new house included piping connections for a fluoride addition system, but it was not restored. The reason given by the locally elected Water and Sewer Commission-six months after the fact-was that they didn't go forward with the fluoride system because they needed to save on costs.

Our small New England towns are proud of their town meeting democracy, where all voters can come and discuss issues, elect officials, and pass the budget. Lack of transparency is a sure way to raise hackles. And the fact that the commission bypassed the fluoride system, on the mum, did upset some people. 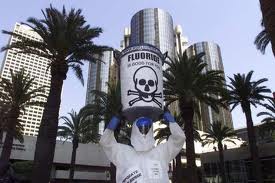 But, surprisingly, a movement began in town to not restore the fluoride addition.

Arguments were made that fluoride addition to water is no longer necessary because there is fluoride in tooth paste and food, and fluoride pills are available from dentists. A town dentist pushed for a vote before the commission: He asked that water fluoridation be restored, and a majority voted to restore fluoride addition to the drinking water. 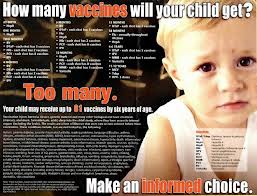 "Vaccination Exemption Puts Vermont Children at Risk" was the headline in our local paper, the Valley News, on Sunday, March 3. Vermont is one of 20 states that allows parental exemptions from vaccinations for children, based on either religious beliefs or philosophy. The newspaper article reported that in some parts of Vermont the vaccination rate for whooping cough is down to 60 percent, whereas 90 percent is needed for "herd immunity." Whooping cough cases had fallen to barely over 1,000 nationwide in 1976. They have now risen to 41,000 (2012), an epidemic by medical definition. Most of the people who do not vaccinate their children take the "philosophical" exemption (Slate: "What's the Matter with Vermont?")

A state bill to eliminate the philosophical exemption was introduced and defeated. One legislator, a polio survivor himself, voted against it. Polio has been "almost eliminated" due to vaccinations, yet this representative voted NO, perhaps due to the organized, vigorous opposition to the bill. 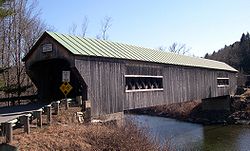 The same Sunday paper that detailed the vaccination controversy also reported on the rebuilding of an historic covered bridge in Rockingham, Vt. The Bartonsville bridge had been washed away by hurricane Irene in 2011. This bridge, circa 1870, was of the patented 1820 design by Itheil Town, featuring a very distinctive interior. The article by a local writer, whose family bought a farm house nearby, describes at length the reverence that local residents have for the bridge and their area-and the writer of the article fell in love with the bridge and the area at first sight. (Full disclosure: My parents brought our family to Enfield and Lake Mascoma for vacation about 65 years ago. We kept returning, and we've lived here, retired since 2002, and in the local jargon are "year-round summer people." We know about loving a place and its people.)

The bridge was rebuilt, apparently exactly as it was, even using "hand turned square headed trunnels" (pins).

Saving the environment and people from themselves 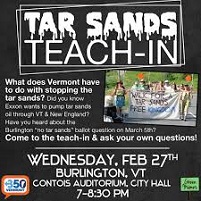 Some town meeting ballots in the recent election contained a measure to prevent tar sands oil from being piped through Vermont. Interestingly, the pipeline in question has been in use for years, and none of the towns it runs through are opposed to it, or to its use for transporting tar sands oil. However, other towns, far from the pipeline, were in opposition.

The towns through which the pipeline travels are in Vermont's "Northeast Kingdom," (northeast corner of the state), long remote due to long travel times. This area has its own traditions. As expressed by a state senator from the area on town meeting night, also shown on state-wide TV coverage, "We don't need outsiders (meaning the rest of the state) telling us what to do."

Opposition to public health policies persists, even though the policies are scientifically based and proven by experience. Opposition to fluoridating drinking water, and to vaccination programs, are two examples. These oppositions may be driven by fear of the unknown-that which an individual does not understand-and decisions made by organizations (bureaucracies, corporations) far away. This is a piece of the puzzle.

A great love of the past, and rural life, may be driven by longing for a simpler time, and longing for escape from hectic modern life. This is another piece of the puzzle.

The desire to save the planet, even to the point of interfering with things that don't worry those who would be immediately affected, may be driven by great concern-even fear-for the future of our environment. This piece of the puzzle is prevalent in many environmental discussions. 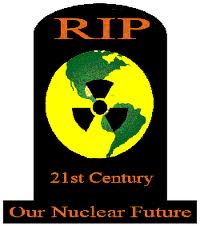 These passions are also prevalent in the charges made against nuclear power.

Fear of scientifically based decisions, but decisions that were made far away, manifests as fear of radiation. This "Fear of Radiation" underlies the opposition to nuclear plants, to emergency plans, and to used fuel storage in dry casks.

Nostalgia for the past is demonstrated in demands for smaller power plants, distributed generation, and local control.

Fear for the future of the environment leads to opposing practically any new risk, no matter how small.

In order for our outreach to be more successful, we need to understand all the "pieces of the puzzle." Can you think of any more pieces?

We can respond to these passions in our public contacts by acknowledging that some people are afraid. We can say we are very apprehensive too, about some things. (For example, the national debt and deficit really bothers me. I see our grandchildren struggling to pay it off, while living constricted lives.) We can acknowledge that we look at the world similarly to opponents in some ways, but differently when evidence supports a different stance on certain issues-like the benefits of nuclear power.

This approach may help. It can't make things worse.