The fall in New England brings crispness to the air, beautiful mountainsides covered with leaves turning color, and a spur to activity before the coming winter. The nuclear debate continues to be spurred on as well. 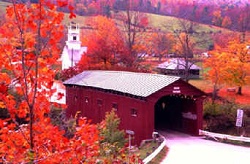 Some recent events and announcements: A local panel considered the situation with the Vermont Yankee nuclear plant (scheduled to enter decommissioning in 2015), an opponents group held its annual meeting, a national anti-proliferation figure came to New Hampshire, and a California opponents group announced big-name anti-nuclear panels in New York and Boston.

The Commons, a popular local news site for Windham County (in which the Vermont Yankee plant is located), sponsored a panel in Brattleboro, Vt., to consider the future, in light of Vermont Yankee's scheduled decommissioning. Local leaders considered the economic effects. Meanwhile, anti-nuclear voices wanted to discuss technical plant issues-whether to SAFSTOR the site or not. The anti-nuclear approach still seems to be focused on making life as expensive as possible for nuclear power, to give the industry a "black eye" when possible, and to try to put it out of business. The proceedings of this panel are reported in Yes Vermont Yankee, including interesting comments on the effect of the plant's closing on the community.

The New England Coalition, formerly the New England Coalition on Nuclear Pollution, held its 42nd Annual Meeting in Brattleboro on September 28. The coalition said that it is strapped financially and is a quarter million dollars in debt, but will continue with its "mission." In addition to the business portion of the meeting, there were three speakers-to tell the attendees an anti-nuclear message that they wanted to hear.

Marvin Resnikoff spoke on decommissioning and, as usual, emphasized the long half-lives of isotopes, rather than how long the materials that contain the isotopes will be a hazard. He continued to try to make the safety of the spent fuel pool an issue.

An attorney for the group said that the group will continue to litigate multiple actions aimed at hurting Entergy (Vermont Yankee's owner) economically. He noted that the Vermont Yankee federal preemption case will be used in the case of the Indian Point nuclear plant in New York state, to allow operation with an extended Nuclear Regulatory Commission license regardless of any state requirements. He must have said this to spur donations-or perhaps he is unaware of the Calvert Cliffs nuclear plant case, in which the US Supreme Court ruled that the NRC must ensure that other requirements besides its own are addressed.

For those interested, a more complete summary of the meeting is here.

Proliferation expert in the Upper Valley

On October 6, an anti-proliferation professor spoke on "The Uncertain Future of Nuclear Power" at the Eastman Center in Grantham, N.H. Grantham is a planned community, originally for retirees, south of Dartmouth College in the "Upper Valley" of Vermont and New Hampshire-definitely in the Vermont Yankee area of interest. The speaker, Professor Frank von Hippel from Princeton University, is opposed to nuclear power in its present form and has been actively campaigning against current reactor designs for years. Professor Bob Hargraves, author of Thorium: Energy Cheaper than Coal, and I attended, along with other pro-nuclear advocates.

Panel of anti-nuclear "experts" in Boston

Coming to New York on October 8 and to Boston on October 9, a panel consisting of former Japanese Prime Minister Naoto Kan, who was in office at the time of the Fukushima accident; Gregory Jaczko, former NRC chair; Peter Bradford, former NRC member; Arnie Gunderson of Fairewinds Associates; and political activist Ralph Nader (in New York only), will appear to discuss lessons from Fukushima-Daiichi.

The panel is being organized by the Samuel Lawrence Foundation in California, and is touted as the "World's Best Nuclear Experts" by San Clemente Green, a local California sustainability group. San Clemente Green's promotional email is reproduced here for those interested in monitoring, and refuting, the panel's anti-nuclear message.

Nuclear power supporters will, fortunately, be in attendance as well.

Keep up the good effort!

The New England Coalition's plans as told to members at its meeting, the local appearance of the anti-proliferation professor, the big-name panel in New York and Boston-all prove one thing. The anti-nukes have been encouraged by the announced decommissioning of five plants in the United States this year. They have redoubled their efforts, and this new challenge must be faced.

Thus, the challenge for nuclear advocates continues. Pro-nuclear must win in the public political arena, in the battle of ideas. Keep in mind former Senator Simpson's rule:  "A charge unanswered,  is a charge believed." 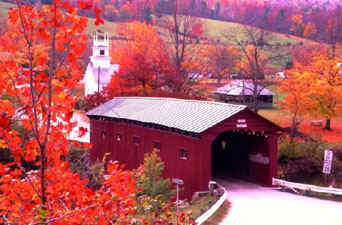 Howard Shaffer has been an ANS member for 35 years.  He has contributed to ASME and ANS Standards committees, ANS committees, national meeting staffs, his local section, and was the 2001 ANS Congressional Fellow.  He is a former member of the ANS Public Information Committee, consults in nuclear public outreach, and is coordinator of the Vermont Grassroots Project.

Shaffer holds a BSEE from Duke University and an MSNE from MIT.  He is a regular contributor to the ANS Nuclear Cafe.