As expected, the PSB (grudgingly) ruled in favor of Entergy. 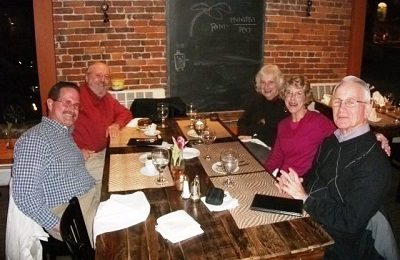 Vermont Yankee originally sought a CPG to operate for 20 additional years beyond its original 40-year approval. The plant had received a 20-year license renewal from the US Nuclear Regulatory Commission in 2012. However, the state of Vermont under its current governor Peter Shumlin (first elected in 2010) wanted the plant closed.

After the Vermont Senate voted to block the PSB from issuing the certificate, Entergy sued in federal court, claiming the state preempted the NRC's exclusive federal authority over radiological safety. The District Court and Circuit Court of Appeals upheld Entergy.

Both sides were mulling over appealing to the US Supreme Court, and were awaiting a decision from the PSB on the 2- year certificate. Then, on August 27, two weeks after the circuit court decision, Entergy announced that it planned to shut down and decommission the plant at the end of 2014, primarily due to low natural gas prices. Entergy then modified its application for the CPG to run only until the end of 2014. The plant was operating under the expired 40-year CPG, which had been extended because the renewal process was still in progress.

Entergy and the state then negotiated a Memorandum of Understanding (MOU) on the plant's final operation, decommissioning, and site restoration. The MOU provided for the state "switching sides" before the PSB and supporting the application for a CPG through the end on 2014. Entergy agreed to provide several different payments to the state, and agreed to begin decommissioning as soon as the trust fund becomes sufficient. Both sides dropped most pending lawsuits, and agreed to continue negotiations on a few other matters in good faith. This MOU is part of the CPG.

The Certificate of Public Good

The PSB's order, as it must, includes: background, legal framework, findings and discussion, and general good of the state. It explains the PSB's reasoning and addresses the issues raised by all parties. The order seeks to be "bullet proof" since the PSB's orders may be appealed to the state supreme court (for example, since this order, the court reversed the PSB concerning a solar plant).

The state and Entergy, by their agreement, ended all litigation and will close out all other open dockets before the PSB. Obviously, they would like to avoid any more litigation on Vermont Yankee. There are a few unresolved issues between the state and company, but they should be resolvable by good-faith negotiation, as agreed. However, this does not prevent any of the other parties in the proceeding, particularly the anti-nuclear interveners, from suing. The final three pages of the 98-page order list the distribution: 14 parties, 8 law firms, and 37 lawyers! The PSB perhaps hopes that there will be no more lawsuits.

A lesson to be learned for any nuclear plant

One of the factors the PSB considers in all its CPGs is whether or not the applicant can be a "Fair Partner" to the state and its citizens. Section IV B discusses the PSB's evaluation of Entergy. On page 41 it states, "If Entergy were continuing to pursue a 20 year license extension, the experiences of the last 12 years might well have led the Board to deny a CPG."

The complete discussion is on pages 31-43, and finishes with the PSB discussing why Entergy is not likely to renege on its commitments in the short time during which most of them must be met. The fact that this discussion had to take place at all is sad, and in hindsight points out mistakes that other plants in similar situations must avoid-that is, when active anti-nuclear groups that are admitted as parties are seeking every chance to trip up and discredit the plant.

1) Beginning construction of two structures without PSB permission. There was an application in for the items, but approval had not yet been granted.

2) Operating without a valid CPG. Operation after the expiration date of the original CPG continued, even though the PSB said that it could not under the original and subsequent CPGs. Entergy had asked if it could operate while its application for a 20-year extension continued, and the PSB said no.

But it operated, and the PSB and state took no action to force a shutdown. The catch appears to be a state law that apparently applies to all kinds of state licensing actions. This law states that if licensing renewal actions are still in progress when the current expiration date passes, the activity may continue. This seems perfectly reasonable, since without it, the bureaucracy could just "pocket veto" anything, just by postponing or taking no action.

If the state had tried to force a shutdown, then Entergy would have probably sued and asked the court to stay the state's action. Demonstrating its annoyance over this, the PSB stated that approval of this CPG wiped out Entergy's liability for operating without a valid permit, but if Entergy doesn't meet a commitment in the new CPG, the PSB could revoke it, removing the wipe-out of liability, and then impose penalties.

3) A past tritium leak was a huge issue. The state senate set up a public oversight panel, and had a comprehensive reliability assessment performed. One of the members was Arnie Gundersen (of Fairewinds Associates in Vermont), a known anti-nuclear activist who has been spreading Fear, Uncertainty, and Doubt in Japan after the Fukushima accident.

The plant told the assessors that it had no "buried piping," by that meaning piping directly buried in soil carrying fluids regulated for radioactivity. The plant failed to make clear an important distinction between "below ground" and "buried"-everyone else took "buried" to mean "underground," i.e. below the surface. When piping that was below ground level, but in a concrete tunnel, leaked and the liquid got out through a crack in the tunnel and was detected by monitoring wells, the public, press, legislative and PSB reaction was volcanic.  The opponents all said, "You lied. You told us there is no underground piping."

A year-long investigation by Vermont's attorney general found no intentional wrong-doing. However, the plant never recovered from this. The lesson is that you can't hide behivvnd blaming the press and public for misunderstanding technical terms. Instead, the obligation is to explain technical situations in simple terms the public and press can understand, even if it takes more than one word.

The entire order is repetitious, but at least the section on Fair Partner is recommended for management and those committed to engaging the public.

Of value to the industry

The federal courts found that the state legislature attempted to preempt NRC authority over radiological safety. Radiation safety was not referred to in a resolution the senate had passed blocking the PSB from releasing a CPG-it was revealed in the legislative record, which was brought into evidence. The precedent was reaffirmed that it is legislative intent that can matter when stated actions are unclear or disguised. It seems surprising that this would need reaffirmation, since we often hear of the US Supreme Court examining congressional intent.

The NRC will hold firm to its regulations, but it will not attempt to explain its philosophy to the public in contentious public meetings. Every NRC finding states that there is "reasonable assurance" that the public will be safe. Yet opponents are demanding perfect safety, and the NRC won't tell them this is what it is doing.

The "pro bono" supporters of Vermont Yankee were able to organize rallies, attend hearings, and participate in all the political activities involved in grass-roots advocacy that takes place on either, or any, side of contentious issues. Plant management can support these activities. Regulated utilities formerly were limited in the amount of advertising and self-promotion they could charge to customers. How much they can do out of stockholders' funds may be open. For merchant nuclear plants it would seem that they are no more limited than the natural gas industry.

The anti-nuclear movement is international, well-funded, and permanent. Nuclear plants need to have a permanent support network of volunteers. The activity level will vary depending on each situation-"All politics are local." This support network should be thought of as insurance, which needs to be in place at all times and maintained. When a political firestorm arises, it's too late to get organized. Insurance is a lot cheaper than picking up the pieces in court afterward.

A Pyrrhic Victory? No!

The victory of just a two-year CPG has cost a lot. Kewaunee and Vermont Yankee have been forced out of business by low natural gas prices in a market where wind and solar power are given preferential treatment. It will cost many of the loyal employees of the plant a lot in the short term, and cost the local community, region, and state of Vermont a lot in the long run.

The loss of Vermont Yankee seems to have awakened industry leaders to a real threat to the life of nuclear power in the commercial electric power market.

The pro bono advocates of nuclear power have been re-energized to fight harder.