Since Entergy announced that it would close Vermont Yankee, I have been thinking about advice for nuclear plants going forward.  I mean, they haven't asked me for my advice, but what the heck.  I have lots of opinions, and 20-20 hindsight.

Let's look at Entergy and Vermont Yankee.  I was not living in Vermont in 2002 when Entergy bought Vermont Yankee; I moved here two years later.  I understand, however, that shortly after the purchase, Entergy closed the Vermont Yankee visitor center.  It was certainly closed by the time I arrived in Vermont.  Penny-wise and pound-foolish!  (Yes, I have opinions.)

Meanwhile, Entergy wanted approval from Vermont's Public Service Board for a power uprate, and the approval was ultimately granted.

In other words, outreach ended and the tribute payments began.

(Note:  The legislature attempted to override the Public Service Board on this, but apparently the legislative bill passed only the Vermont house, and not the senate.) 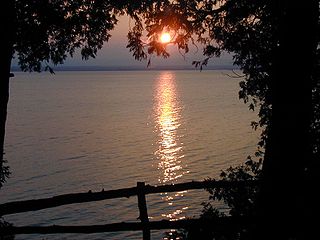 This lake really doesn't have much to do with Vermont Yankee

Once the Public Service Board (with guidance from those who want to make nuclear power too expensive to operate) got its first tribute payment, it was hooked on getting more money from Entergy.  If it could get Entergy to fund Lake Champlain, truly the sky was the limit for pet projects!

As Kipling said about the foolish practice of attempting to pay off Viking raiders: "Once you have paid him the Dane-geld, you never get rid of the Dane." 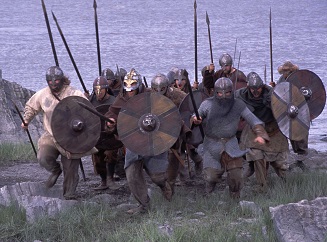 Once you pay the Dane-geld...

Entergy needed a pad for dry casks.  Now, I don't even know why this would come before the Public Service Board, but it did.  Dry casks are clearly a nuclear safety issue and are regulated by the Nuclear Regulatory Commission.  However, the original Memorandum of Understanding (under which Entergy purchased the plant) did not include a reference to dry cask storage.  So the game was afoot!  In my opinion, the Board was now addicted to getting money from Entergy.

In return for dry casks, Entergy had to set up and fund the Clean Energy Development Fund.  This fund pays for wind turbines and solar installations. Funding levels varied for this fund, but were always several million dollars a year.

As a matter of fact, with Vermont Yankee not going forward after 2014, the Clean Energy Fund is also ending.  This is having an impact.  An important pro-wind advocate recently said that he expects no new wind farms will be built in Vermont for many years.  (For me, this is a bit of a silver lining in the dark cloud of Vermont Yankee's closing, but that is another story.)

Recently, Entergy needed new safety diesels installed.  The Public Service Board held off on ruling about this installation until it found itself being sued by Entergy in federal court.  Once the federal case opened, the Board finally issued a snarky ruling allowing the diesels.

The Public Service Board caused a lot of excitement, last-minute rulings, and public grandstanding about the emergency diesels.  Under other circumstances, this could have become another attempt at extracting Dane-geld.  Entergy, however, had been winning in court over the regulation of nuclear safety.  So the Public Service Board was stuck.  It had to back off.

Massive increase in "generation" taxes, partially to make up for the Clean Energy Development Fund being funded only until 2012.

Tax the fuel rods to make up for the ending of the Clean Energy Development Fund.

My conclusions are simple.  Don't bribe legislatures and public service boards, because the bribes will get bigger and ultimately unendurable.  Spend money for outreach instead.

What kind of outreach?  Here are some ideas:

Have training days for teachers, essay contests for students, etc. CNTA (Citizens for Nuclear Technology Awareness) has a terrific program.

Give plant tours (yeah, it IS a pain in the butt after 9/11) to grammar school and high school teachers, maybe even to students.

Instead of insisting that employees who want to talk about the plant at schools and Rotary clubs do it on their own time, set up a plan whereby an employee can have three work-days a year for such activities, after showing the managers where and when she will be talking.

I have more ideas, but I won't share them for fear of being seen as self-serving about my own outreach efforts and how they could have been supported.  However, the more outreach the plant does, the more the outreach will grow-and the more supporters the plant will have.

My opinion:  Nuclear plants should spend hundreds of thousands (no, it won't be millions) in outreach, and not one cent for tribute.

I have now whipped Entergy up one side and down the other, and I need to say a little more.  This isn't really about Entergy.

I don't blame Entergy for what it did and the compromises it made.  Entergy was faced with a group of dedicated opponents, and it made the best deals it could, in order to keep the plant online.  It kept the plant operating, kept the clean energy coming, and kept the jobs for the workers.  I am grateful for what it did and very sympathetic with the difficulties that it faced.

As I said, this isn't about Entergy.

But this isn't really about lawsuits, either.

Lawsuits may be necessary to avoid paying Dane-geld, but they don't help with public opinion.  I started this blog post with a statement that the visitor's center should have been kept open.  I didn't start with a list of Public Service Board rulings.  That was deliberate.  First things first!

I think that Entergy in Vermont did not have much of a choice.  But going forward, other plants will have choices.  I think funding outreach and education is the most important choice.  Outreach is a must-have, not a nice-to-have.

My advice on Going Forward for Nuclear Energy:

Hundreds of thousands for outreach, but not one cent for tribute.

Meredith Angwin is the founder of Carnot Communications, which helps firms to communicate technical matters.  She specialized in mineral chemistry as a graduate student at the University of Chicago.  Later, she became a project manager in the geothermal group at the Electric Power Research Institute (EPRI).  Then she moved to nuclear energy, becoming a project manager in the EPRI nuclear division.  She is an inventor on several patents.

Angwin formerly served as a commissioner in Hartford Energy Commission, Hartford, Vt.  Angwin is a long-time member of the American Nuclear Society and coordinator of the Energy Education Project.  She is a frequent contributor to the ANS Nuclear Cafe