Vermont Yankee will go into decommissioning at the end of its current fuel cycle. The last day of operation for the nuclear plant is now set for December 29, 2014. Entergy, the owner, elected this course last year after financial analysis indicated the plant's unprofitability in a future of projected low natural gas prices.

Yet, in the first year after the end of Vermont Yankee's original 40-year license, natural gas prices and the market price of electricity in the region were so high that the plant remitted $17 million to the state from power sales above 6.1 cents per kilowatt-hour under the terms of its 2002 purchase agreement. 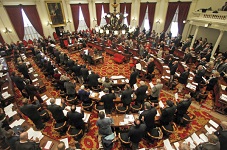 Nuclear opponents have great influence and support in the Vermont legislature and governor's office. With plant operation ending, there needed to be a mechanism to keep the anti-nuclear crusade going.

The legislature created a new panel-the Nuclear Decommissioning Citizens Advisory Panel-to provide representation for nuclear opponents and to set up a new means to access information from the plant. The new panel replaced the Vermont State Nuclear Advisory Panel (VSNAP), which previously had received information from the plant at public meetings, via oral testimony, and public comments and questions. VSNAP had one public member, with the remainder members coming from the legislature and state agencies. 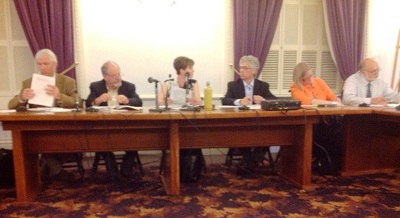 At the end of the legislative session, the legislature created a new panel by writing it into the budget bill (H885). This new panel, which is advisory only, was created to:

Meetings and an annual report are specified.

The panel consists of 19 members:

Since the end of the legislative session there has been no further mention of the panel in public sources.

The composition of this new panel, as well as being larger than the one it replaces, is a radical departure from the old one. It includes representatives of the plant, the union, the towns in the EPZ, and several representatives from the public. Including the union is parallel to the practice in Germany of including unions on corporate boards of directors. This is not surprising, since at least one former member of the legislature, now a member of the Vermont Public Service Board, is an advocate of the German approach to energy management.

What will the panel bring?

The previous panel's meetings were all public and attended by opponents and advocates, myself included. They were contentious but mostly one-sided. The plant was in the position of being a witness to be cross-examined. There was no appeal to the panel's findings. The meetings were covered in detail by the regional press. The panel, in effect, became a vehicle for anti-nuclear publicity.

The new panel has plant and union representation, so their opinions will be official components of panel deliberation, not testimony from witnesses. The new panel must meet and report periodically. The reports' format has not been specified, but it is logical to assume that minority opinions will be included, as is the usual government practice.

It is possible that if the previous panel had officially included pro-nuclear voices, the information reaching the public might have been more balanced. 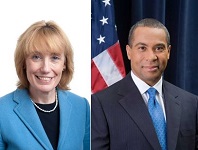 There are five towns in New Hampshire and seven in Massachusetts that will be represented by a governor's appointee. As of this writing, there has been no word as to whether the governors have yet been invited by Vermont to make the appointments. The governors will need to determine the process they will use to make these appointments. Since there are pro- and anti-nuclear advocates in all places, the selection process may be difficult. It is possible the governors might ask the selectmen in these 12 towns, which use a town meeting form of government, to recommend a process. This would seem logical, since it would pass the "hot potato" to the towns. If the towns wind up deadlocked, a governor might end up appointing someone from a state government agency. Or, they might choose a qualified state resident from outside the towns.

As a New Hampshire resident, and considering myself qualified, I applied for the New Hampshire state position on the Vermont panel. When I applied in June, the governor's appointments assistant had not heard of this position, nor heard anything from Vermont. With an election coming up in November, including for governor in both Vermont and New Hampshire (two year terms), and with the plant operating until the end of 2014, perhaps it's not surprising that this issue is far down on their agendas.

I also sent a letter to the selectmen in all five New Hampshire towns, with a copy of the application to the governor.