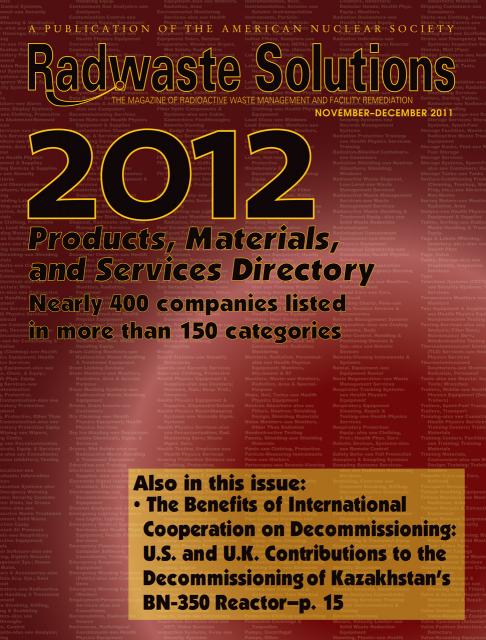 Onkalo, Finland’s deep geologic repository for spent nuclear fuel, has been characterized as a game changer for the long-term sustainability of nuclear energy by Rafael Mariano Grossi, director general of the International Atomic Energy Agency.

“Finland has had the determination to move forward with the project and to bring it to fruition,” Grossi said during a November 26 visit to Olkiluoto, Finland, where the repository is under construction. “Waste management has always been at the center of many debates about nuclear energy and the sustainability of nuclear activity around the world. Everybody knew of the idea of a geological repository for high-level radioactive nuclear waste, but Finland did it.”

Posiva Oy, the Finnish company tasked with researching and creating a method for the permanent disposal of spent fuel from Finland’s Olkiluoto and Loviisa nuclear power plants, obtained a license to construct the Onkalo repository in 2015, marking the first time that a construction license for a geological disposal facility was issued anywhere in the world. The site near the Olkiluoto plant was chosen following several years of screening a number of potential sites.

Citing ongoing developments with COVID-19, Waste Management Symposia has announced that it has decided to make its 2021 Waste Management Conference a virtual event. WM Symposia has been holding its annual conference for the management of radioactive waste, nuclear decommissioning, and related topics since 1974. The conference is typically held in early March in Phoenix, Ariz.

In the November 10 Federal Register, the Department of Energy published a record of decision to begin groundwater remediation at the Santa Susana Field Laboratory site in Ventura County, Calif. The cleanup of groundwater will take place at seven locations within Area IV of the former industrial research and development complex.

Santa Susana’s Area IV contains the Energy Technology Engineering Center (ETEC), which was used for liquid metals research and where 10 nuclear research reactors were built and operated. Under an agreement with the state of California, the DOE is currently removing inactive buildings from the ETEC as part of the site cleanup.

The Pilgrim nuclear power plant was shut down in May 2019. Photo: Entergy Energy

The Nuclear Regulatory Commission has denied a request by the antinuclear group Pilgrim Watch for a hearing in the transfer of the Pilgrim nuclear power plant’s license from Entergy to a subsidiary of Holtec International for decommissioning. The NRC commissioners issued the order denying Pilgrim Watch’s petition to intervene and request a hearing on November 12.

Pilgrim Watch submitted its petition against the transfer of Pilgrim’s license from Entergy to Holtec Decommissioning International in February 2019. The NRC staff, however, approved the transfer in August 2019, while the petition was still under review. NRC regulations allow staff to approve a license transfer under the condition that the commissioners may later move to “rescind, modify, or condition the approved transfer based on the outcome of any post-effectiveness hearing on the license transfer application.”

A separate petition against the license transfer submitted by the state of Massachusetts was withdrawn in June, following a settlement agreement between the state and Holtec.

Pilgrim permanently ceased operations in May 2019. Holtec plans to decommission the plant (with the exception of the independent spent fuel storage installation) on an eight-year schedule to permit partial site release by the NRC.

A graphic representation showing how the 242-A Evaporator creates storage space in the double-shell tanks at the Hanford Site. Image: DOE

Improvements to Hanford’s 242-A Evaporator Facility continue to be made as the Department of Energy prepares to begin its direct-feed low-activity waste (DFLAW) approach to treating radioactive liquid waste at the site near Richland, Wash. The DOE announced on November 3 that its Office of River Protection and contractor Washington River Protection Solutions (WRPS) have completed several major upgrades and repairs at the evaporator, and more are planned.

Used to reduce waste volume by removing liquid from Hanford’s underground storage tanks, the 242-A Evaporator is fundamental to the Hanford Site tank waste mission and will play an essential part in the DFLAW treatment approach, according to the DOE.