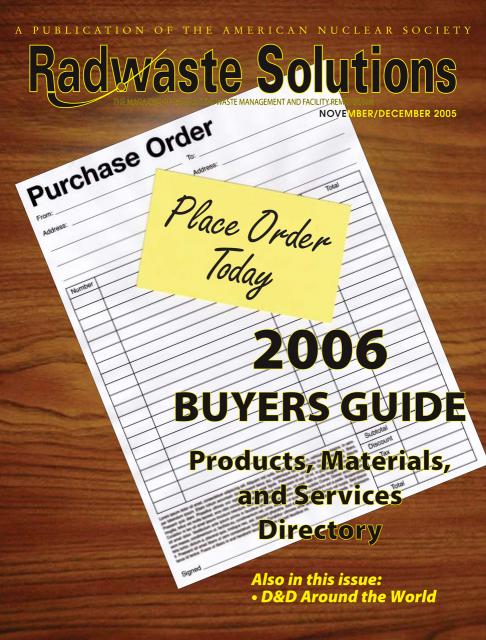 The Department of Energy’s Office of Environmental Management issued a final request for proposal (RFP) last week for its Nationwide Low-Level Mixed Low-Level Waste Treatment Services procurement. According to the DOE, the RFP is being issued on a full-and-open, unrestricted basis. The DOE intends to issue one or more basic ordering agreements as a result of this RFP.

The final RFP was can be found on the website of the DOE’s Environmental Management Consolidated Business Center. It also will be posted to the Fedconnect website. The deadline for RFPs is September 30.

A licensing board of the Nuclear Regulatory Commission issued an order last week denying calls to reopen proceedings against Holtec International’s application to construct and operate a consolidated interim storage site for used nuclear fuel in southeastern New Mexico.

Fasken Land and Minerals, an oil and gas company based in Midland, Texas, along with Permian Basin Land and Royalty Owners, an association of oil and gas producers and royalty owners (collectively called Fasken), filed motions with the NRC Atomic Safety and Licensing Board (ASLB) seeking to reopen the record and submit an amended late contention against Holtec’s license application. The Department of Energy approved the start of operations at the Salt Waste Processing Facility (SWPF) at the Savannah River Site (SRS), authorizing hot (radioactive) operations to begin at the facility, the agency announced on August 17.

The approval comes five months ahead of the current baseline completion date of January 31, 2021. Parsons Corporation, which designed and built the first-of-a-kind facility, will operate it for one year.

“This is a considerable achievement for EM's (Environmental Management) cleanup program and will drive significant progress in treating the tank waste at SRS in the next decade,” said William “Ike” White, senior advisor for the EM to the Under Secretary for Science.