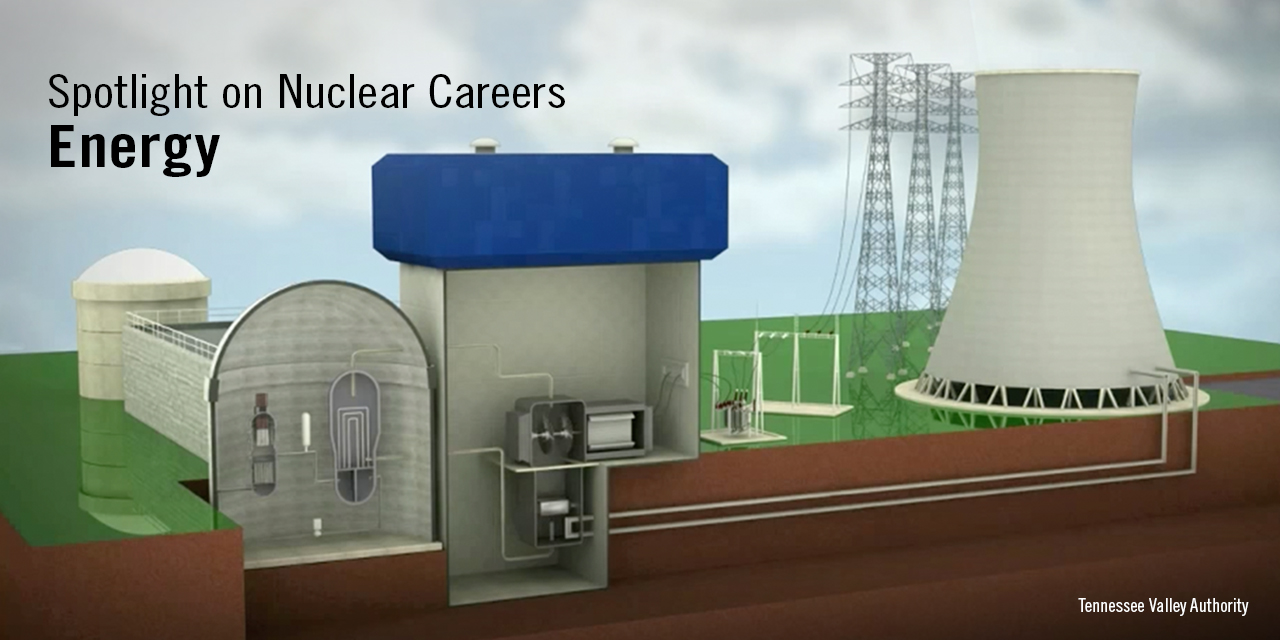 The ANS Young Members Group hosted the latest of its “Spotlight on Nuclear Careers” virtual events on May 27. This event, on "Energy," featured Sarah Camba Lynn, manager of the balance of plant and diesel systems strategic engineering group at Luminant’s Comanche Peak nuclear power plant in Glen Rose, Texas. Lynn was previously a nuclear steam supply system engineer at Comanche Peak. She is also the treasurer for the ANS Young Members Group executive committee and an executive committee member in the ANS Operations and Power Division. The webinar was moderated by Ishita Trivedi of the Young Members Group. 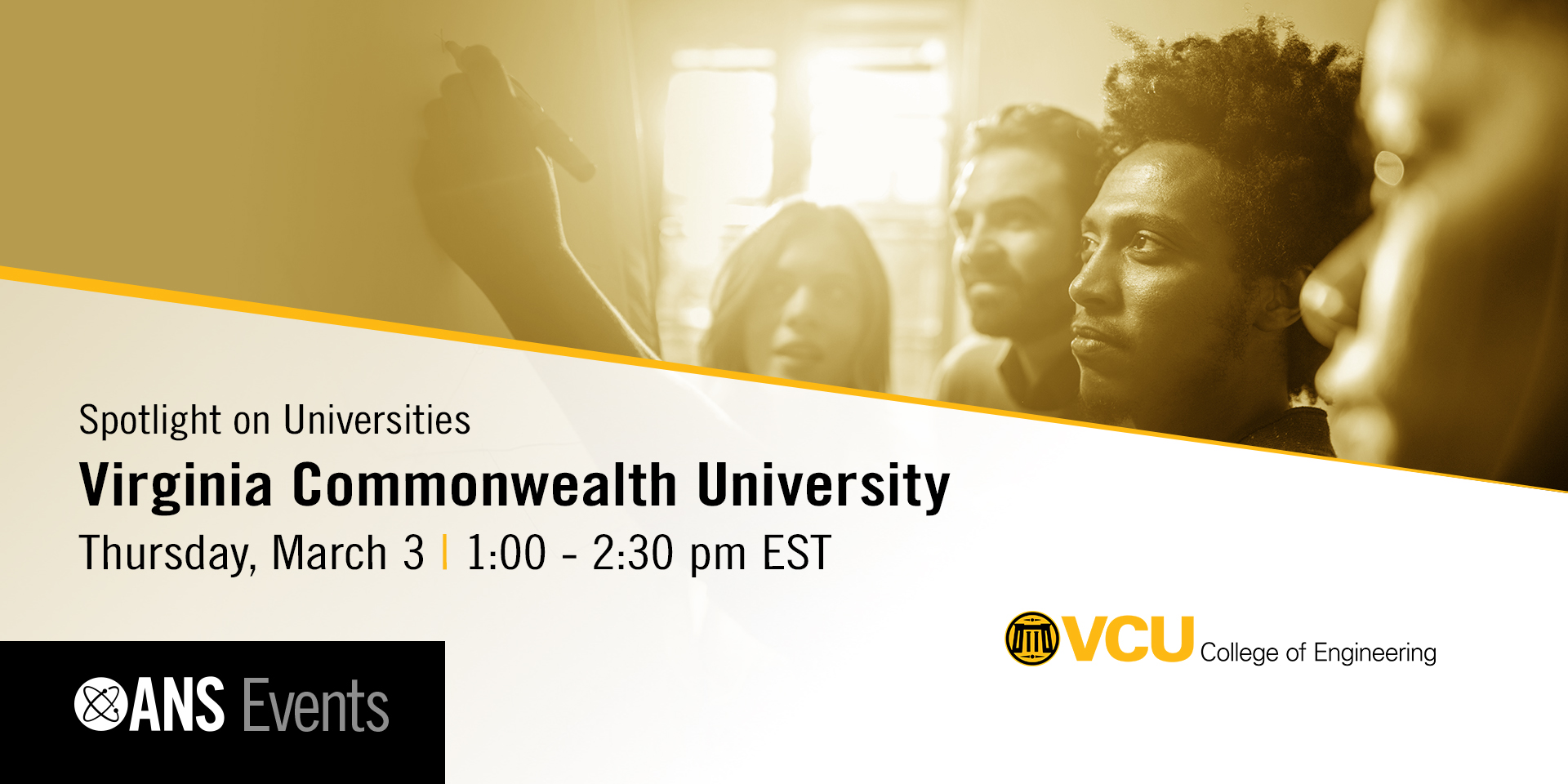 The spotlight shines on Virginia Commonwealth University during a virtual event taking place tomorrow, March 3, from 1:00 to 2:30 p.m. EST. The ANS Young Members Group is hosting the event.

Register now for the event.

On Episode 12 of RadioNuclear, we discuss how fear-mongering stories about nuclear power plants in the path of a hurricane are irrelevant, the Oyster Creek Shutdown, and lastly, how nuclear power should be used geopolitically.

For too long, graduate students have been inadvertently marginalized due to a lack of status recognition in the American Nuclear Society, but those days are now past. The ANS Board of Directors has unanimously approved the joint Student Sections Committee (SSC)/Young Members Group (YMG) proposal to offer free YMG membership to graduate students. This is a great day for all Young Members, regardless of whether they're still in graduate school or not.

Are you witty? Good with words? Up for a challenge? Then we have a contest right up your alley!

From the 2013 Young Professionals Congress – On Reluctant Leadership

The following remarks were presented at the 2013 Young Professionals Congress, held in conjunction with the ANS Annual Winter Meeting on November 9. Participants recommended the text be made more widely available.

The Young Member Excellence Award recognizes "a young member who has demonstrated overall excellence in a variety of areas."  It is granted to an actively involved ANS YMG member who "advances the goals of the ANS Young Members Group, displays outstanding non-technical skills as well as technical or managerial ability, is recognized by others in their field, demonstrates high quality and safety standards, and positively represents nuclear science and technology to the general population."

Two events sponsored by the Young Members Group (YMG) bookend the American Nuclear Society's Winter Meeting, and are traditional highlights for many ANS members. Now that details for participating have been announced, you may find that attending these opportunities are well worth extending your trip-but you'll have to be prepared!

The needs of the young generation were discussed at length at this year's ANS Annual Meeting. Conversations took place at the Young Members Group meeting, student events, and most notably, the "Young Blood-Integration and Retention of the Next Generation" panel sponsored by the ANS Operations and Power Division (OPD), organized by Gale Hauck. This panel included nearly a dozen young members in academia, the U.S. national laboratories, and the private sector who shared a number of their unique experiences and needs as new faces in the nuclear field.

Do you remember your first time ever attending an American Nuclear Society meeting? Are you about to attend your first one ever? Experienced that feeling of euphoria and excitement, and then when you opened up the meeting program for the first time, a sudden overwhelming feeling of, "Hey, what do I do now?"

Mark your calendar to attend the Young Professionals Congress sessions this November in Washington, DC!

Groups such as the ANS Young Members Group and the North American Young Generation in Nuclear, which empower a new generation of nuclear students and professionals, were recently joined by a small new sister organization, the WMS Next Generation Leadership Committee. The new organization was born during an informal meeting in February between organization leaders and young participants at the Waste Management Conference (presented by Waste Management Symposia [WMS] in Phoenix, Arizona).