The Young Member Excellence Award recognizes "a young member who has demonstrated overall excellence in a variety of areas."  It is granted to an actively involved ANS YMG member who "advances the goals of the ANS Young Members Group, displays outstanding non-technical skills as well as technical or managerial ability, is recognized by others in their field, demonstrates high quality and safety standards, and positively represents nuclear science and technology to the general population."

This year, YMG is delighted to announce that Dr. Piyush Sabharwall is the recipient of the 2013 Young Member Excellence Award.

A staff research scientist working in the Nuclear System Design and Analysis Division at Idaho National Laboratory (INL), his recent work has focused on developing and optimizing a heat exchanger for the next generation of gas- and fluoride-cooled reactors, and on developing a method for validating computational fluid dynamic safety codes using the Matched Index of Refraction (MIR) facility at INL.

No stranger to awards, Dr. Sabharwall completed his Ph.D. in nuclear engineering at the University of Idaho under a Nuclear Energy Fission and Fusion Systems Research Scholarship.  In 2011, the American Society of Mechanical Engineers (ASME) also nominated and awarded him the New Faces of Engineering ASME National Award for his outstanding scientific achievements and enthusiasm for the profession.

In his short career, he has indeed "demonstrated overall excellence in a variety of areas."  Having authored 2 books, contributed chapters to 3 technical books, and published over 75 peer-reviewed publications, he has been a significant catalyst for international and national research partnerships in the field of thermal hydraulics for both nuclear and mechanical industries.  He is also an active member of the Idaho Section of the American Nuclear Society and the Idaho Section of the American Society of Mechanical Engineers.

Dr. Sabharwall shared with us a summary of some of his recent work involving the secondary heat exchanger (SHX) design for the molten-salt-cooled Advanced High Temperature Reactor.

The SHX provides the interface between the intermediate coolant and the power conversion system or process application, as shown in the figure below (click to enlarge). 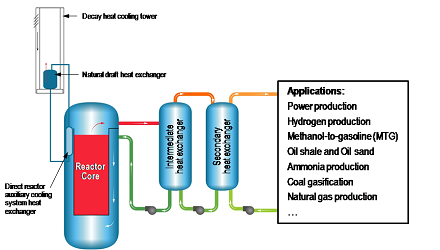 The identification of a viable SHX concept is based on the options for the power conversion scheme or the process heat application design needs.  While the IHX serves as the primary coolant boundary, the SHX also serves as the coolant boundary and must be constructed to maintain system integrity under normal, off-normal, and accident conditions.  The difference in pressure required in the power conversion system and process heat applications imposes stringent requirements on this heat exchanger design.

Dr. Sabharwall was also involved in the design and development of two-phase thermosiphons to transport thermal energy from the reactor to a chemical industrial plant, almost isothermally (i.e., with negligible temperature loss).

The Young Members Group looks forward to further excellent work by Dr. Sabharwall.  Currently he is leading the development of chemical heat pumps for temperature amplification in nuclear hybrid energy systems and the current fleet of light water reactors (LWRs) and serves as a co-principal investigator for engineered zircaloy cladding modifications for improved accident-tolerant fuel for LWRs.  He expects that modification of the surface should prove to be sustainable at higher temperatures and under high neutron fluence.

Katy Huff is a Nuclear Science Security Consortium postdoctoral scholar at the University of California-Berkeley, where she conducts computational analyses of advanced nuclear technologies and systems.  She holds a Ph.D. in nuclear engineering at the University of Wisconsin-Madison, where her research emphasized computational fuel cycle systems analysis and repository technology simulation. 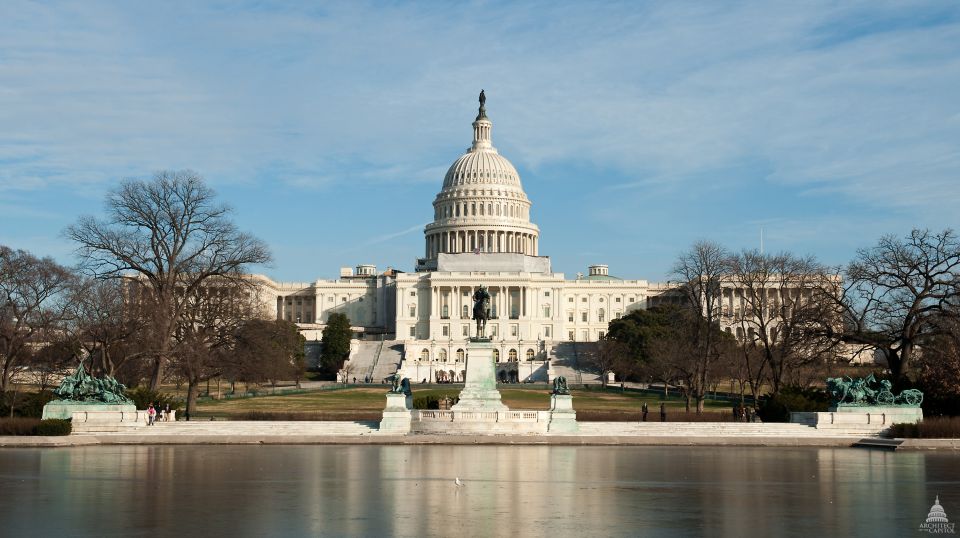 A longstanding issue in boiling water reactors—shadow corrosion on zirconium alloy fuel rods and fuel channels—has been reproduced in the Michigan Ion Beam Laboratory as part of an effort...

Knowing that many ANS members are heavily involved in the development and regulatory oversight of advanced reactors, ANS Vice President/President-elect Steve Nesbit envisioned a place where...

The American Nuclear Society honored seven award recipients on Monday during the Opening Plenary of the 2020 ANS Virtual Winter Meeting....

The American Nuclear Society has named the recipients of seven awards that will be presented during the 2020 ANS Virtual Winter Meeting, which begins on November 16....