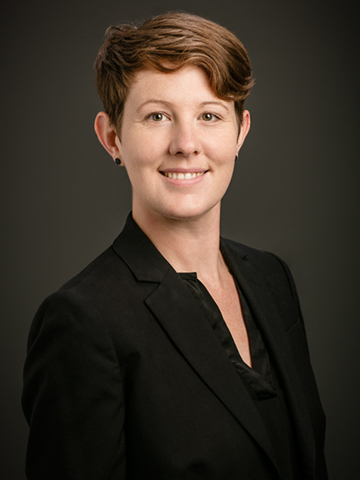 Dr. Kathryn D. Huff serves as the Acting Assistant Secretary and Principal Deputy Assistant Secretary for the Office of Nuclear Energy. Prior to her current role, she was an Assistant Professor in the Department of Nuclear, Plasma, and Radiological Engineering at the University of Illinois at Urbana-Champaign where she led the Advanced Reactors and Fuel Cycles Research Group. She was also a Blue Waters Assistant Professor with the National Center for Supercomputing Applications. She was previously a Postdoctoral Fellow in both the Nuclear Science and Security Consortium and the Berkeley Institute for Data Science at the University of California - Berkeley. She received her PhD in Nuclear Engineering from the University of Wisconsin-Madison in 2013 and her undergraduate degree in Physics from the University of Chicago. Her research focused on modeling and simulation of advanced nuclear reactors and fuel cycles.

She is an active member of the American Nuclear Society as the past Chair of both the Nuclear Nonproliferation and Policy Division and the Fuel Cycle and Waste Management Division, and recipient of both the Young Member Excellence and Mary Jane Oestmann Professional Women's Achievement awards. Through leadership within Software Carpentry, SciPy, the Hacker Within, and the Journal of Open Source Software she also advocates for best practices in open, reproducible scientific computing.