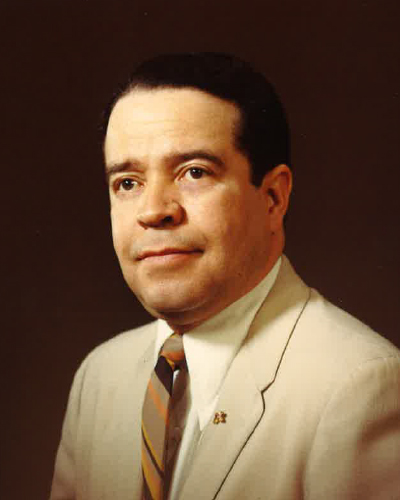 J. Ernest Wilkins Jr. was elected the 20th president of the American Nuclear Society (ANS). He was elevated to Fellow of ANS in 1964.

Dr. Wilkins was born on November 27, 1923. He entered the University of Chicago in 1936 when only 13 years old and in so doing he became the youngest ever student at that university. He graduated with a B.A. in mathematics from the University of Chicago in 1940 at the age of 17, and a Ph.D. in December 1942, at the age of 19. He went on to study at the Institute for Advanced Study in Princeton in 1942.

In 1943-44 Wilkins taught at the Tuskegee Institute (now Tuskegee University). This was the first year that Tuskegee offered graduate-level instruction. He then returned to the University of Chicago where he worked on the Manhattan Project in the Metallurgical Laboratory from 1944 to 1946 on a method for the production of the fissionable material plutonium-239.

After leaving the Manhattan Project in 1946, Wilkins worked in industry. He was a mathematician at the American Optical Company in Buffalo, N.Y., from 1946 to 1950. From 1950 to 1960 he worked as a mathematician at the United Nuclear Corporation of America in White Plains, New York. He became Manager of the Mathematics and Physics department there in 1955, and then later Manager of Research and Development. It was during this time that Wilkins earned further degrees when he was awarded a Bachelor of Mechanical Engineering from New York University in 1957, and a Master of Mechanical Engineering three years later.

After this Wilkins held a number of academic and non-academic appointments. He worked at the General Atomic Company in San Diego in the 1960s and in the 1970s he was appointed to Howard University as Distinguished Professor of Applied Mathematical Physics. He established a Ph.D. program in mathematics at Howard University, making it the first Historically Black College or University to have such a program.

From 1977 to 1984 Wilkins worked at EG&G Idaho, becoming Vice President and Deputy General Manager for Science and Engineering. He spent the last year before he officially retired as a Fellow at the Argonne National Laboratory. He remained a consultant at the Argonne National Laboratory after he retired in 1985. He became Distinguished Professor of Applied Mathematics and Mathematical Physics at Clark Atlanta University in 1990.

Wilkins received a large number of honors for his work. He was elected to: the American Association for the Advancement of Science (1956); the National Academy of Engineering (1976); and Honorary member of the National Association of Mathematicians (1994). He served on the Council of the American Mathematical Society from 1975 to 77. He was the second African-American elected to the National Academy of Engineering. He was awarded the Outstanding Civilian Service Medal by the U.S. Army in 1980.