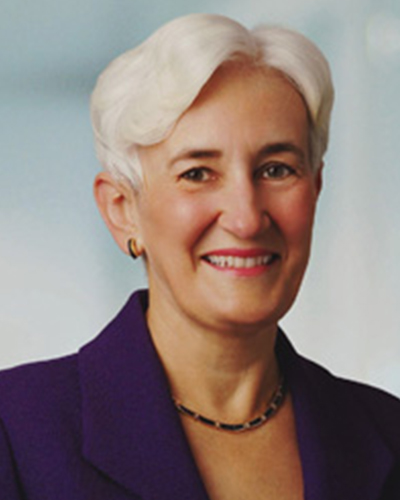 Dr. E. Gail de Planque made many contributions to the nuclear industry and was a pioneer for women in the nuclear professional. She joined ANS in 1971 and was the first female ANS President. As an internationally renowned expert in environmental radiation, she was also the first woman to serve as a commissioner of the U.S. Nuclear Regulatory Commission.

Dr. de Planque was born on January 15, 1945. In 1967, she joined the Department of Energy’s Environmental Measurements Laboratory as a physicist in the radiation Physics Division. She served as deputy director of the laboratory from 1982 to 1987 and then as director until 1991, when President George H.W. Bush appointed her as NRC Commissioner, a position she held until 1995.

Positions that she held later in her career included director at the Energy Strategists Consultancy and president of the consulting firm Strategy Matters from 2000 to 2010. She also served as a director on the boards of several corporations including Northeast Utilities, Energy Solutions, and British Nuclear Fuels. Dr. de Planque was also an advisor to the International Atomic Energy Agency (IAEA). In addition she was a past president of the Pacific Nuclear Council and the International Nuclear Societies Council, a Fellow of the American Association for the Advancement of Science, a member of the National Academy of Engineering, and the National Council on Radiation Protection and Measurements.

Dr. de Planque earned her bachelor’s degree in mathematics from Immaculata College in 1967, a master’s degree in physics from Newark College of Engineering in 1973, and a doctorate in environmental health sciences from New York University in 1983.

She was honored with several awards for her varied contributions, including writing more than 70 scientific publications, giving numerous international lectures on science and policy issues, and her leadership in the development of international standards related to thermoluminescent dosimeter. Some of the awards include the 2003 Henry E. DeWolf Smyth Nuclear Statesman Award, presented by ANS and the Nuclear Energy Institute (NEI) in recognitions for her distinguished service in multiple sectors of the nuclear enterprise. She was also an ANS Fellow.

Read Nuclear News from July 2001 for more on Gail.