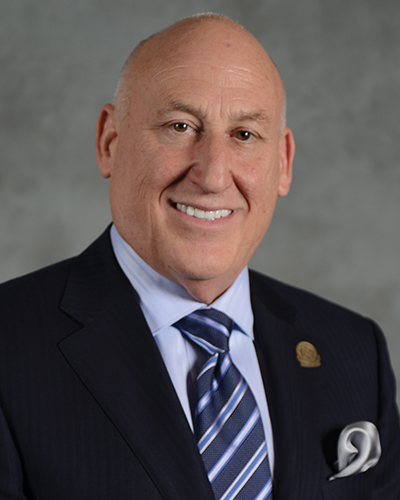 Hoffman is very active in the nuclear industry and served as the 59th president of the American Nuclear Society. He is the Chair of the Virginia Nuclear Energy Consortium Authority which is charged with the responsibility for making the Commonwealth a national and global leader in nuclear energy and to serve as an interdisciplinary study, research, and information resource for the Commonwealth on nuclear issues. He is the Co-Chair of the ANS Special Committee on Nuclear in the States which shall identify and review: state and regional-opportunities for new nuclear development in the US; state-level legislative and regulatory barriers preventing such development; federal policies that have a direct impact on state level decision-making; lessons learned from the new nuclear development projects currently under construction, and determine the best course forward. He is also the president of Eagle Alliance, a U.S. based grassroots organization that represents all facets of nuclear science and technology.

Prior to starting EXCEL, Hoffman served in the U.S. Nuclear Submarine Navy as a senior reactor operator and engineering officer. He was a branch chief and a lead reviewer at the Nuclear Regulatory Commission reviewing license applications and technical specifications.

Hoffman has been a member of ANS since 1984, has served on the Board of Directors, and has been an active member of many divisions and committees.

He received his degree in Nuclear Engineering and Technology in 2010 from Excelsior College in New York.

He continues to make presentations and provide testimony regarding the benefits of nuclear science and technology to the U.S. Congress, the U.S. Governors, the National Governors Association, and other U.S. organizations.

Read Nuclear News from July 2013 for more on Don.