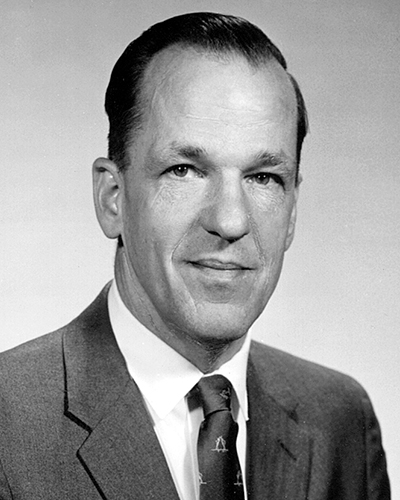 Vincent S. Boyer was elected President of the American Nuclear Society (ANS) in 1976. He was named a Fellow of ANS in 1966.

Mr. Boyer graduated from Swarthmore College in 1935 with a Bachelor’s in Science in mechanical engineering. He received a M.S. in the same from University of Pennsylvania in 1944.

He conducted courses in power plant engineering during the war for the Engineering Science Management War Training program. He served in the U.S. Navy from 1944-1946 as an engineering officer.

He started his career with Philadelphia Electric Company (PEC) in 1939. He began his engineering work at a power station and progressed to station superintendent. During the war, he left PEC to serve in the U.S. Navy (from 1944-1946) as an engineering officer.

In 1960, he returned to PEC and was appointed superintendent of Peach Bottom Atomic Power Station and as named the manager in 1963. In 1965, he was appointed General Superintendent of the Station Operating Department. In 1968, he became vice president of engineering and research; and in 1980, he was elected senior vice president of nuclear power for PEC. After retiring from PEC, he served as an energy consultant.

He was elected to the National Academy of Engineering in 1980 for his leadership in pioneering the commercial utilization of nuclear energy and service to the engineering profession.

He was a member of the Engineers’ Club of Philadelphia and was active in the United Fund campaign drives.

Read Nuclear News from July 1976 for more on Vincent Boyer.