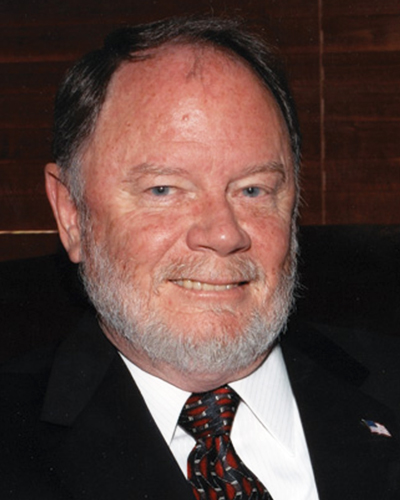 Dr. Thomas L. Sanders joined the American Nuclear Society (ANS) in 1987, joining the Fuel Cycle and Waste Management, Nuclear Criticality and Nuclear Nonproliferation Divisions. Since the start of his membership at ANS, he has served as Vice President, President, and Board Executive.

Currently, he is the Associate Laboratory Director for Clean Energy Initiatives at the U.S. Department of Energy’s (DOE) Savannah River National Laboratory (SRNL), operated by Savannah River Nuclear Solutions (SRNS), LLC, where he is responsible for developing new opportunities in energy technology development.

Dr. Sanders is a recognized expert on international relations and has been working on rebuilding the U.S. nuclear export industry through the development of small modular. Prior to working at SRNL, he spent 27 years at Sandia National Laboratory (SNL).

He was appointed to a second term on the Civil Nuclear Trade Advisory Committee (CINTAC), which serves the Secretary of Commerce on trade issues facing the U.S. civil nuclear industry. Additionally, Dr. Sanders was selected as a U.S. member of Russian President Medvedev’s Global Energy Prize Committee and was the cofounder and former Vice President of the American Council on Global Nuclear Competitiveness (ACGNC).

His many accomplishments include testifying to Congress, the Blue Ribbon Commission, and Secretarial Officers from DOE, the Departments of State and Defense, the Nuclear Regulatory Commission (NRC), and other agencies. He also developed a complementary partnership initiative between seven U.S. and nine Russian Lab Directors.

Dr. Sanders earned a B.S., M.S. and Ph.D. from the University of Texas – Austin in Nuclear Engineering. He has authored more than 100 journal articles and papers on subjects from fusion and fast fission breeder reactor systems, to criticality safety of spent fuel transport, storage, and disposal systems. He is a member of ACGNC, American Society of Mechanical Engineers and the Institute of Nuclear Materials Management.

He also served as a nuclear operator and supervisor on U.S. Navy nuclear submarines.

Read Nuclear News from July 2009 for more on Thomas.