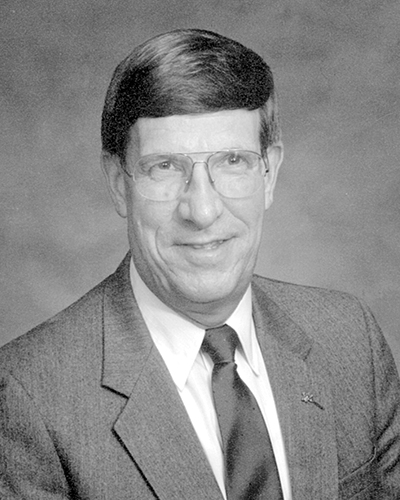 Robert (Bob) Long was elected President of the American Nuclear Society (ANS) in 1991. He became a Fellow of ANS in 1989. In addition to serving as ANS President, Long was active in a number of other capacities, both in ANS local sections and at the national level. His contributions were recognized by the ANS 25th Anniversary Exceptional Member Award in 1980.

Long’s career began in 1962 with the U.S. Army as a Reactor Facility Supervisor where he oversaw the design, construction, and start-up of the Fast Burn Reactor Facility at the White Sands Missile Range through 1965. From 1965 through 1978 he continued his career as a professor and, later, chair of the Chemical and Nuclear Engineering Department at the University of New Mexico. Long led the first ABET accreditation of the Chemical and Nuclear Engineering undergraduate program at UNM, served as the Reactor Supervisor at the United Kingdom AWRE Variable Intensity Pulsed Experimental Reactor in 1966-1967 and the Associate Reactor Engineer at the Indian Point Nuclear Power Station in New York in 1970-1971.

After retirement in 1997 from GPU, Long established his own consulting company, Nuclear Stewardship LLC, in Albuquerque, New Mexico, and served for several months as the Recovery Vice President at the Northeast Nuclear Energy Company. Throughout his career, Long dedicated himself to training the industry, political and community leaders, and the general public on the lessons learned from the TMI-2 accident and the overall importance of nuclear power.

Robert L. Long attended Bucknell University as a member of the Class of 1958, graduating with the degree of Bachelor of Science in Electrical Engineering. Long continued his studies at Purdue University where he completed the Master of Science and Doctor of Philosophy degrees in Nuclear Engineering in 1959 and 1962.

Read Nuclear News from July 1991 for. more on Bob.