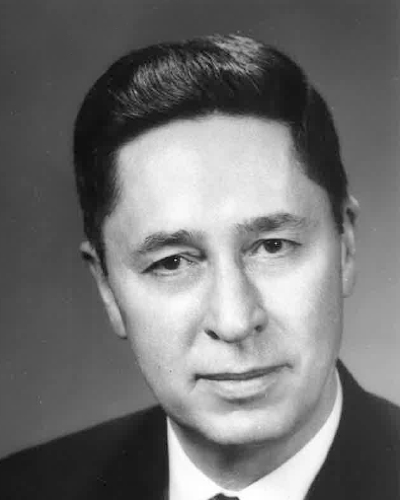 Dr. Nunzio J. Palladino was the 16th president of the American Nuclear Society (ANS). He was a member of the Society since its start in 1954 and elevated to a Fellow of ANS in 1964.

From 1959 until his appointment to NRC in 1981, Dr. Palladino was a member of the faculty at Pennsylvania State University. He served as the first head of the department of the Nuclear Engineering Department there. In that capacity, he was responsible for development and implementation of course work and graduate programs and research in nuclear engineering. He became Dean of the College of Engineering in 1966 and served in that capacity until he joined the NRC in 1981.

He worked for the Westinghouse Electric Corporation for 20 years before going to Penn State, including four years on loan to the Oak Ridge National Laboratory and the Argonne National Laboratory. In 1950-59, while working at Westinghouse, Dr. Palladino was in charge of reactor core design for the Submarine Prototype Reactor, Mark I; for the Nautilus Reactor; and for the Shippingport Atomic Power Station. In World War II he was a captain in the Army and served in Europe.

Dr. Palladino served on many committees including the Governor’s Energy Council and the Governor’s Science Advisory Committee for which he chaired the Energy Management Subcommittee; member and chairman of both the Pennsylvania Advisory Committee on Atomic Energy Development and Radiation Control and the U.S. Advisory Committee on Reactor Safeguards which reviews all nuclear plants proposed for construction and operation in the United States. He was also a member of the Governor’s Commission on Three Mile Island, and participated on a Nuclear Regulatory Commission Special Task Force to evaluate the clean-up activities at Three Mile Island, which culminated in the preparation of a report submitted to the NRC Commissioners. He was also a member of the National Nuclear Accrediting Board for several years.

In 1958 he was awarded the Westinghouse Order of Merit for Technical Direction of Reactor Designs of the Nautilus and Shippingport power plants; in 1956 he received the Prime Movers award of the American Society of Mechanical Engineers (ASME) for his work on the Shippingport plant.