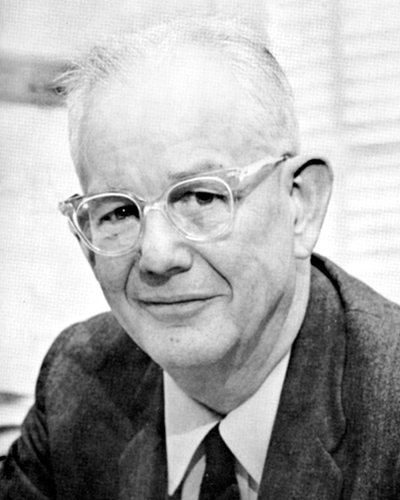 Norman Hilberry was the 11th president of the American Nuclear Society and a charter member of the Society. He was also the first recipient of the Arthur Holly Compton Award in Education in 1967.

He began his career as an Assistant in Physics at the University of Chicago in 1922, after getting his bachelor’s degree. In 1925, he moved to New York University, where he was first an Instructor in Physics at Washington Square College and then moved on to the College of Arts and Sciences.

In 1942, he joined the Manhattan Project, and a year later, became Assistant Director.

Following the war, in 1946, he moved to Argonne National Laboratory, starting as Assistant Director, and then moving on to Deputy Director. Between 1955 and 1956, he also served as the Director for Argonne’s International School for Nuclear Science and Engineering. From 1957 to 1961, he served as Director, and in 1961, became a Senior Scientist.

In 1964, he left Argonne to become a Professor of Nuclear Engineering at the University of Arizona, serving in that position until 1985, when he became Professor Emeritus until his death a year later.

He held a bachelor’s degree from Oberlin College (1921) and a Ph.D. in physics from the University of Chicago (1941).