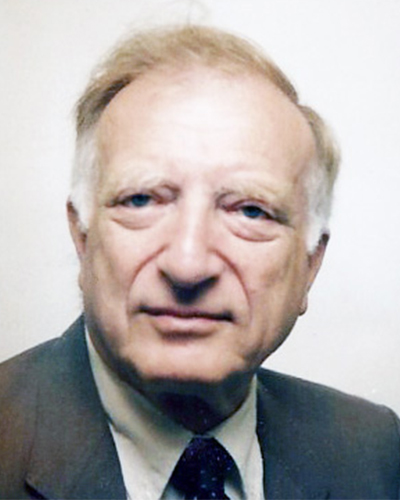 Milton Levenson was a member of the American Nuclear Society (ANS) for over 50 years and an ANS Fellow, the highest membership grade of the Society. He was elected president in 1983 making him the 29th president of ANS.

Levenson has had a long and successful 73 years in the industry. His work experience began at Oak Ridge National Laboratory in 1944, with most of it in nuclear reactor safety and fuel processing.

Levenson then moved to the Electric Power Research Institute, Palo Alto, California, where he served as the first director of the nuclear power division, a post he held until 1980. From 1981 and 1988, he served as executive consultant to Bechtel Power Corporation in San Francisco, and became vice president of Bechtel International in 1984, a position he kept until 1989. In 1990, he began work as a private executive consultant, and ended his career as a Senior Technical Advisor to the weapons safety program of the National Nuclear Security Administration.

He was elected to the National Academy of Engineering in 1976 for his contributions to fast reactor technology, nuclear fuel reprocessing, and especially the first remote-handling completely closed fuel-cycle plant. He was also a recipient of a special ANS award for his work on the Source Term. He was a Fellow of the American Institute of Chemical Engineering, and received the Robert E. Wilson award from AIChE in 1975 for his contributions to nuclear chemical engineering.

Levenson earned a Bachelor’s degree in Chemical Engineering from the University of Minnesota in 1943.

Read Nuclear News from July 1983 for more on Milt.