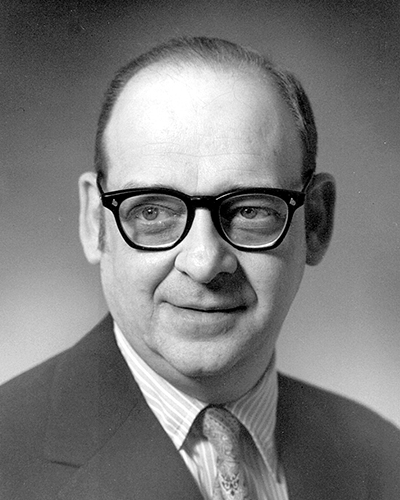 Melvin J. Feldman was the 21st President of the American Nuclear Society (ANS). He served on the ANS Board of Directors from 1973 to 1975. In 1971, he was made an ANS Fellow, and in 1990 he was honored with the Ray Goertz Award for his outstanding contributions to the advancement, application, and utilization of remote technology in the nuclear industry.

Feldman received a H.S. in metallurgical engineering in 1950 from Purdue University, and a master’s degree in metallurgy from the University of Tennessee in 1956.

His first job was with Oak Ridge National Laboratory (ORNL) where he worked in the Solid State Division specializing in radiation damage to metals and fuels.

In 1956, he joined the Westinghouse Electric Corp and worked on radiation damaged studies of naval reactor fuels and construction and operation of the Expended Core Facility. In 1958 he was made supervisor of Metallurgy and Hot Cells at ECF in Idaho.

Feldman joined Argonne National Laboratory in 1960, where in 1967 he began work on the concept and configuration of the Hot Fuel Examination Facility/North and remained as a consultant to the project until 1972.

In 1973, Feldman was named Associate Director of Argonne-West Division, and remained there until 1975 when he joined the Oak Ridge National Laboratory as program manager of Engineering Systems for ORNL’s Fuel Recycle Division.

He retired in 1989, but continued to work as a consultant for the Australian government on remote handling processes.

Read Nuclear News from July 1975 for more on Mel Feldman.