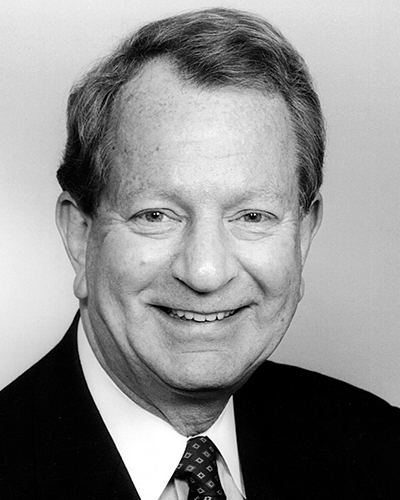 L. Manning Muntzing was the 28th ANS president. He joined the American Nuclear Society (ANS) in 1976, at which time he became a member of the Operations & Power and the Radiation Protection Divisions. He is an ANS Fellow, the highest membership grade of the Society.

He was the Director of Regulation at the Atomic Energy Commission (AEC) from about the mid 1960’s until the AEC was replaced by the Nuclear Regulatory Commission and Energy and Research Development Administration, in 1974. He was then in private law practice with several firms until his retirement from Morgan Lewis in 1999.

In the mid-1970s, Muntzing partnered with William O. Doub establishing the Doub and Muntzing Law firm, which later became Doub, Muntzing Glasgow, Chartered, in 1987. Along with his partners, Muntzing joined Newman and Holtzinger (later Newman and Edgar) in 1991. He joined Morgan Lewis in 1994. After retiring from Morgan Lewis in 1999, he organized an energy consulting firm, whose members included nuclear industry leaders from Europe and Asia.

Throughout his career, he maintained a close relationship with leaders of the nuclear industry throughout the world. He was a frequent speaker at meetings and conferences of the ANS, Atomic Industrial Forum and other organizations.

While continuing his law practice, he found time to organize new ventures. During the 1990s, he was President of Adtechs Corporation, a subsidiary of the JGC Corporation, which provides engineering services to support the construction of major infrastructure projects in many countries. He also continued to play a leadership role in bar associations and industry groups, including serving as the U.S. representative to the International Nuclear Law Association (INLA). In 1999, he directed the efforts to organize and present the INLA Congress, in Washington D.C.

During his years with the AEC and in private law practice, he found many opportunities to support international cooperation to ensure that best practices in the fields of nuclear safety, security and non-proliferation were shared by countries that were developing nuclear power programs. He was the editor of a seminal book on agreements concerning international nuclear cooperation and IAEA safeguards, which was published by the American Nuclear Society in 1974.

Muntzing earned a B.A. from University of North Carolina,1956; JD, Harvard Law School, 1960. He was a member of the Maryland State Bar Association