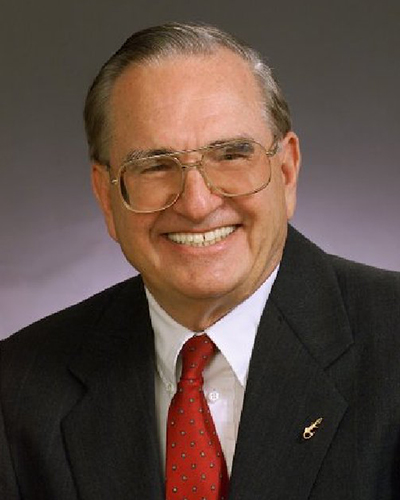 James S. Tulenko was the 50th President of the American Nuclear Society (ANS). He has been a member of the Society since 1972 and is a member of four ANS Professional Divisions: Education, Training & Workforce Development, Fuel Cycle & Waste Management , Material Science & Technology, and Robotics & Remote Systems. He is also an ANS Fellow, the highest membership grade of the Society.

He was educated at Harvard receiving both his undergraduate degree and Masters. Following graduation, Tulenko served in the U.S. Army Corp of Engineers as 1st Lieutenant, Platoon Leader, C Company, 20th Engineer Battalion.

Upon completion of his active service he entered MIT, and upon graduation spent the next 23 years in the nuclear industry as Manager, Nuclear Fuel Engineering at Babcock and Wilcox; Manager of Physics at Nuclear Materials and Equipment Corp, and Manager, Nuclear Development at United Nuclear Corp.

Tulenko’s history with ANS has been impressive. He was presented with the Silver Anniversary Award of the American Nuclear Society (ANS) for his contributions to the nuclear fuel cycle in the Society’s first 25 years, received the Mishima Award, and was awarded the Arthur Holly Compton Award.

His involvement at ANS included being the Chair of the Fuel Cycle & Waste Management, and the Material Science and Technology Divisions. He served as Chair of the Robotics and Remote Systems Divisions twice.

He was the ANS representative to the ABET Engineering Accreditation Commission, the Applied Science Commission and the ABET Board of Directors. He also served on the Board of Directors of the American Society for Engineering Education (ASEE) and was the ASEE First Vice President, Vice President of the Professional Interest Council, Professional Interest Council 1.

Read Nuclear News from July 2004 for more on Jim.