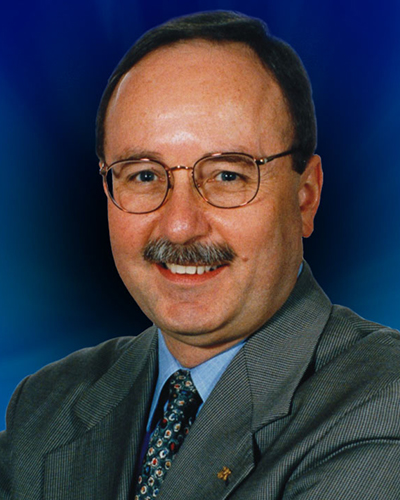 Dr. James Lake has been an active ANS member for over 40 years. He is currently a member of the ANS Fuel Cycle & Waste Management and Reactor Physics Divisions. Dr. Lake is also an ANS Fellow.

He has had a technical and management career of more than 33 years where he provided R&D leadership and service to the U.S. Department of Energy and the U.S. Nuclear Regulatory Commission, most recently as the Associate Laboratory Director for Nuclear Programs at the Idaho National Laboratory (INL). He founded James Lake & Associates, Inc. in 2008, after his retirement from the INL, and has held nuclear consulting contracts with the Idaho National Laboratory, U.S. Department of Energy, General Electric, Savannah River Laboratory, and the Government of Canada.

Throughout the course of his career, Dr. Lake’s responsibilities included leadership and management of a $150M portfolio of R&D programs for development of advanced nuclear reactors and fuel cycle systems, radioisotope power systems for space exploration, nuclear science and engineering R&D, nuclear safety programs for the U.S. NRC, fusion safety, and high-temperature hydrogen production using nuclear heat. Earlier in his career, he was the lead nuclear designer for the Clinch River Breeder Reactor Program at Westinghouse Advanced Reactors Division.

Dr. Lake had the honor to brief President George W. Bush on the potential for advanced nuclear reactor systems in March 2005.

As ANS President, he led the Society’s efforts to educate the public and government leaders about the benefits of nuclear energy. He visited more than 11 countries, 70 congressional and government offices, and provided invited testimony to Congress on nuclear energy issues. Dr. Lake is an elected Fellow of the American Nuclear Society.

He has conducted dozens of television, newspaper, and magazine interviews including CNBC Power Lunch, CBS Eye on Idaho, the Washington Post, the Wall St. Journal, U.S. News, Business Week, National Geographic, the Washington Times, and a feature article on “Next Generation Nuclear Power” for Scientific American. Dr. Lake founded and chaired the ANS Special Committee on Government Relations (the President’s “Kitchen Cabinet”) for than 15 years.

Dr. Lake served on Advisory Committees for the George W. Woodruff School of Mechanical Engineering at Georgia Tech, the Department of Nuclear Engineering at Texas A&M University, the College of Engineering at Oregon State University, and was an energy advisor to U.S. Senator Larry Craig (R-ID). He was a member of the ASME Presidential Task Force that proposed a new nuclear safety construct after the accident at Fukushima Diachi.

He holds two U.S. Patents, is the author of more than 35 refereed articles in technical journals and conference proceedings, and has presented numerous invited keynote and plenary addresses at national and international conferences.

Read Nuclear News from July 2000 for more on Jim.