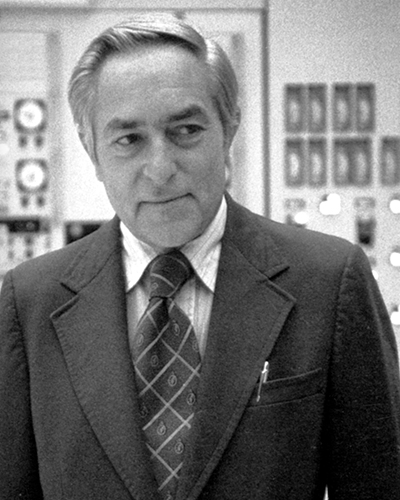 Dr. Dietrich was internationally known for a pioneering career in nuclear power reactor development that spanned more than thirty years.

He began his nuclear career in 1946, when he joined the Daniels Pile development project in Oak Ridge, Tennessee. In 1948, he moved to Argonne National Laboratory, where he was in charge of reactor physics and shielding design for the prototype nuclear power plant for the Nautilus, the first nuclear-powered submarine. At Argonne he was also in charge of the planning, theory, and experimental instrumentation for the BORAX experiments, at the conclusion of which he directed the physics work for the experimental boiling water reactor. During 1953-54, Dietrich took part in the first large-scale reactor safety experiments at the National Reactor Testing Station.

Dr. Dietrich earned his B.S. in physics and chemistry from the College of William and Mary in Williamsburg, and M.S. and Ph.D. in physics from University of Virginia in 1937 and 1939, respectively.