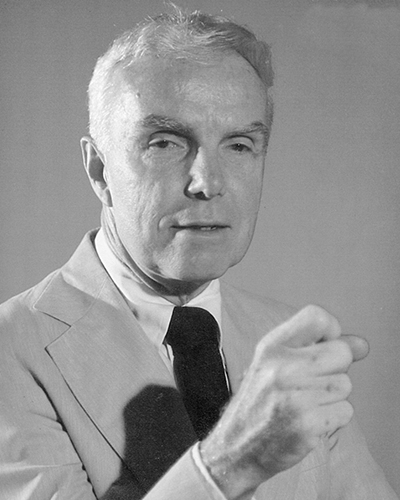 Edward J. Hennelly was 25th president of the American Nuclear Society (ANS). Ed joined the ANS in 1963 and served in a number of capacities. He served as technical program chairman for several conferences, as program chairman for the Isotopes and Radiation Division from 1969- 1971, and as chairman of the ANS National Program Committee in 1971- 73; chaired the ANS Savannah River Section in 1968, and served on the ANS Board of Directors (1971-74) and Executive Committee (1972-74). He was named a Fellow of ANS in 1968.

His undergraduate studies at Union College were interrupted by World War II, when he entered the Navy officer training program. During his tour of duty, he was sent to Harvard University and MIT for radar studies. Hennelly would later return to academia and apply the relatively new sciences of radar and microwaves to his graduate studies at Princeton University. While there, he became involved with a project sponsored by the Office of Naval Research to use microwave equipment to measure the dielectric properties of organic liquids.

After receiving his doctorate, he began working for Du Pont in Wilmington, Delaware as a research chemist in the Polychemicals Department. This job led to his introduction to nuclear energy when he was selected to travel to Argonne National Laboratory for training on nuclear-related projects in order to support Du Pont’s work on the Savannah River Plant. His initial assignment was to work on the design of the CP-5 reactor.

Following that, he returned to Wilmington until Du Pont transferred him to Savannah River in 1953, where he worked on a number of reactor designs and safety analyses. Hennelly’s early work on achieving high sustained neutron flux in production reactors earned Savannah River a plaque from the Atomic Energy Commission.

In 1975, he was appointed to the South Carolina Nuclear Advisory Council, and he became its chairman in 1976. He was a member of President Bush’s transition team following his election in 1988.

He was also a member of the American Chemical Society and Sigma Xi.

Read Nuclear News from July 1979 for more on Ed Hennelly.