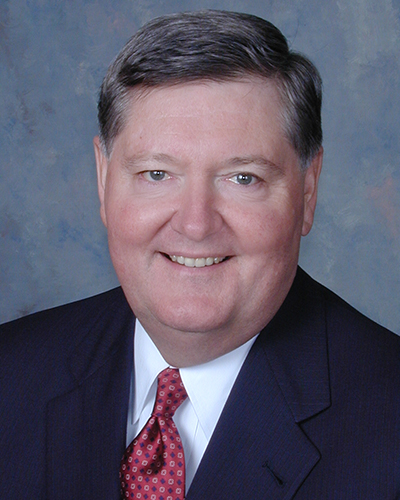 Donald C. Hintz has been a member of the American Nuclear Society (ANS) since 1972 and in 2007 became the 53rd President of the Society. In 1995, he received the ANS Utility Leadership Award, given to recognize those professionals in the industry who have assumed and demonstrated a leadership role in rapidly changing times of competition, regulatory change, and cost effectiveness; the ANS Future Vision Award for his vision and ability to lead his organization into the future to fulfill their vision.

Hintz’s 30-year utility career began with Wisconsin Public Service Corporation at its Kewaunee plant, where he held numerous positions before being named senior vice president - power production, responsible for all generation for the company.

He became president of Entergy Corporation in 1999. Prior to his retirement in 2004, he was responsible for Entergy’s 30,000 megawatts of generation assets, including 73 gas/oil-fired plants, 10 nuclear plants, six coal-fired plants, and a growing portfolio of renewable power sources such as hydro, thermal and wind generation. In addition, he oversaw 18,000 miles of transmission lines and power services including nuclear plant decommissioning and license renewal.

Post retirement, Hintz was elected to serve on the Entergy Board of Directors. He is also on the Nuclear Electric Insurance Limited’s International Technical Advisory Committee. He served as Chairman of the Nuclear Energy Institute (NEI) board. He also served as director of the boards of Ontario Power Generation, the Institute of Nuclear Power Operations, the Electric Power Research Institute, the Southeastern Electric Exchange, and Nuclear Electric Insurance Limited and was formerly on the Accrediting Board of the National Academy for Nuclear Training. In 2004 he received the Platts Global Energy Lifetime Achievement Award for his long and varied career of service, creativity and insight, and contribution to the development and future of the energy industry. Recently, he received the William S. Lee Award for Industry Leadership.

Hintz also served in the nuclear program in the U. S. Navy from 1966 to 1971. His educational background includes a Bachelor of Science degree in chemical engineering from the University of Wisconsin, the Utility Executive Program at the University of Michigan, and Advanced Management Program at Harvard Business School.

Read Nuclear News from July 2007 for more on Don.