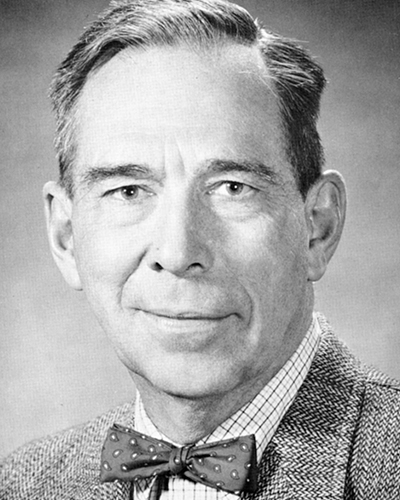 Dr. Clarke Williams was the 9th president of the American Nuclear Society and a charter member.

Dr. Williams, was an expert in neutron physics, gaseous diffusion and related fields contributed to the development of the atomic bomb.

He began his career working for the Duke Price Power Company in Quebec and the New York Central Railroad before joining Columbia University as an assistant in the physics department in 1926. In 1930 he joined the faculty of the College of the City of New York, leaving as an assistant professor in 1949.

Dr. Williams joined Brookhaven National Laboratory as senior physicist in 1946, after five years of work at Columbia University on a method of separating the U-235 isotope by gaseous diffusion, a step in the development of the atomic bomb. The project eventually became a part of the Manhattan Project, where Dr. Williams was a leader in the construction of a pilot plant. He was chairman of Brookhaven’s nuclear engineering department from 1952 until he was named deputy director in 1962. He was deputy director of the Brookhaven Laboratory from 1962 to 1967, when he was named deputy director emeritus.

In 1967, he became research administrator of the newly formed Regional Marine Resources Council of the NassauSuffolk Planning Board, and later served the council as a consultant.

Dr. Williams, received an bachelor’s degree from Williams College in 1922, a bachelor’s degree in civil engineering from the Massachusetts Institute of Technology in 1924, and a doctorate in physics from Columbia University in 1935.