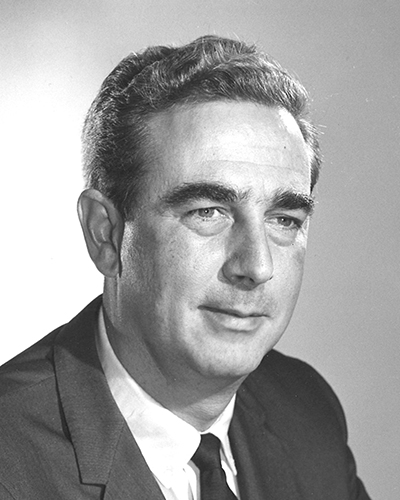 Corwin L. Rickard was the 27th president of the American Nuclear Society (ANS). He joined ANS in 1958 and in 1973 he was elevated to Fellow of ANS. He also served on ANS’ Board of Directors and Executive Committee.

The start of his nuclear career was at Brookhaven National Laboratory in 1949. From 1949 to 1953 he also taught a wide variety of engineering courses at the University of Rochester and at Cornell University. He joined General Atomics in 1956 shortly after its formation and became vice president in 1967, where he was responsible for advanced energy systems, including programs on high-temperature gas-cooled nuclear reactors that he designed. Rickard published numerous articles in the nuclear power field.

After retiring from his career in nuclear physics, in 1983, Rickard entered the world of fundamental biological research in genetics. He began working for Sibia Neurosciences, Inc. He retired from his second career in 1991. He traveled extensively, and was with the second group invited to China after President Nixon’s trip.

Rickard was also a member and past director of the United States National Committee of the World Energy Conference.

He graduated in 1949 from the University of Rochester with a B.S. and M.S. in Engineering, and from Cornell University with a Ph.D. in 1961.