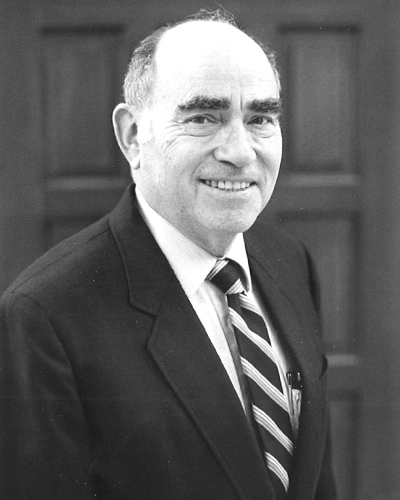 Dr. Bertram Wolfe was the 32nd president of the American Nuclear Society (ANS). Dr. Bertram joined ANS in 1956. In 1970, he was elevated to Fellow of ANS. During his membership years with ANS he received numerous awards: the Walter Zinn Technical Accomplishment Award in 1990; the Henry DeWolf Smyth Nuclear Statesman Award in 1992; and the Tommy Thompson Nuclear Safety Award in 1997.

Dr. Wolfe worked in almost all technical phases of peaceful nuclear power and had responsibility for a number of successful nuclear reactor projects. In 1987 he was appointed a vice president of GE and manager of its Nuclear Energy Division, which under his leadership became a highly successful enterprise. He retired from General Electric (GE) in 1992 as a vice president and general manager of GE’s Nuclear Energy Department after a career of over 35 years with GE.

Following his retirement from GE, he served as an independent consultant in the fields of business, energy, and nuclear energy. He also served on several corporate and university committees, including the Boards of Directors of Houston Industries and Houston Lighting and Power Co., and the Boards of Urenco Inc. and Urenco Investments Inc., and academic advisory committees at the University of California at Berkeley and Texas A & M. He was elected to the National Academy of Engineering in 1980.

Read Nuclear News from July 1986 for more on Bertram.