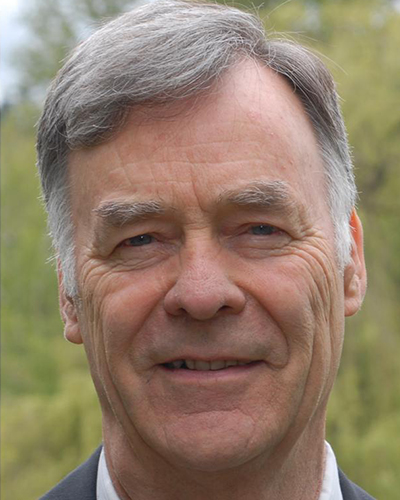 Dr. Alan Waltar was the 40th president of the American Nuclear Society. He joined the ANS in 1967, at the same time he became a member of the Fuel Cycle & Waste Management and Operations and Power Divisions. He has chaired numerous committees at the Society, as well as several ANS Topical Meetings. In 1984, he was elected an ANS Fellow, the highest grade of membership offered by the Society.

Recently he retired as Senior Advisor and Director of Nuclear Energy for the Pacific Northwest National Laboratory in Richland, Wash. He was previously Professor and Head of Nuclear Engineering at Texas A&M University. His earlier career included numerous managerial assignments with Westinghouse Hanford Company—mostly dealing with fuels and materials research and fast reactor safety. He served one year on the faculty of nuclear engineering at the University of Virginia.

Dr. Waltar helped found the World Nuclear University Summer Institute and has served as mentor, lecturer, and MC for all Summer Institutes, commencing in Idaho Falls (2005) and subsequently held in Stockholm, South Korea, Ottawa, Oxford University for six years, and Uppsala, Sweden in 2015. He also served as mentor, lecturer, and MC for the three World University Radiation Schools (twice in South Korea and in Qatar in 2014). He led a People-to-People Ambassadors Nuclear Delegation to China in 2007 and India in 2009.

He has consulted for numerous IAEA functions, the U.S. Air Force Scientific Advisory Council, the Department of Energy, and several private nuclear firms. He was recently inducted into the Washington State Academy of Sciences.

He has many publications, and over 75 open literature scientific publications. “Radiation and Modern Life: Fulfilling Marie Curie’s Dream” was one of his books published.

Read Nuclear News from July 1994 for more on Alan.