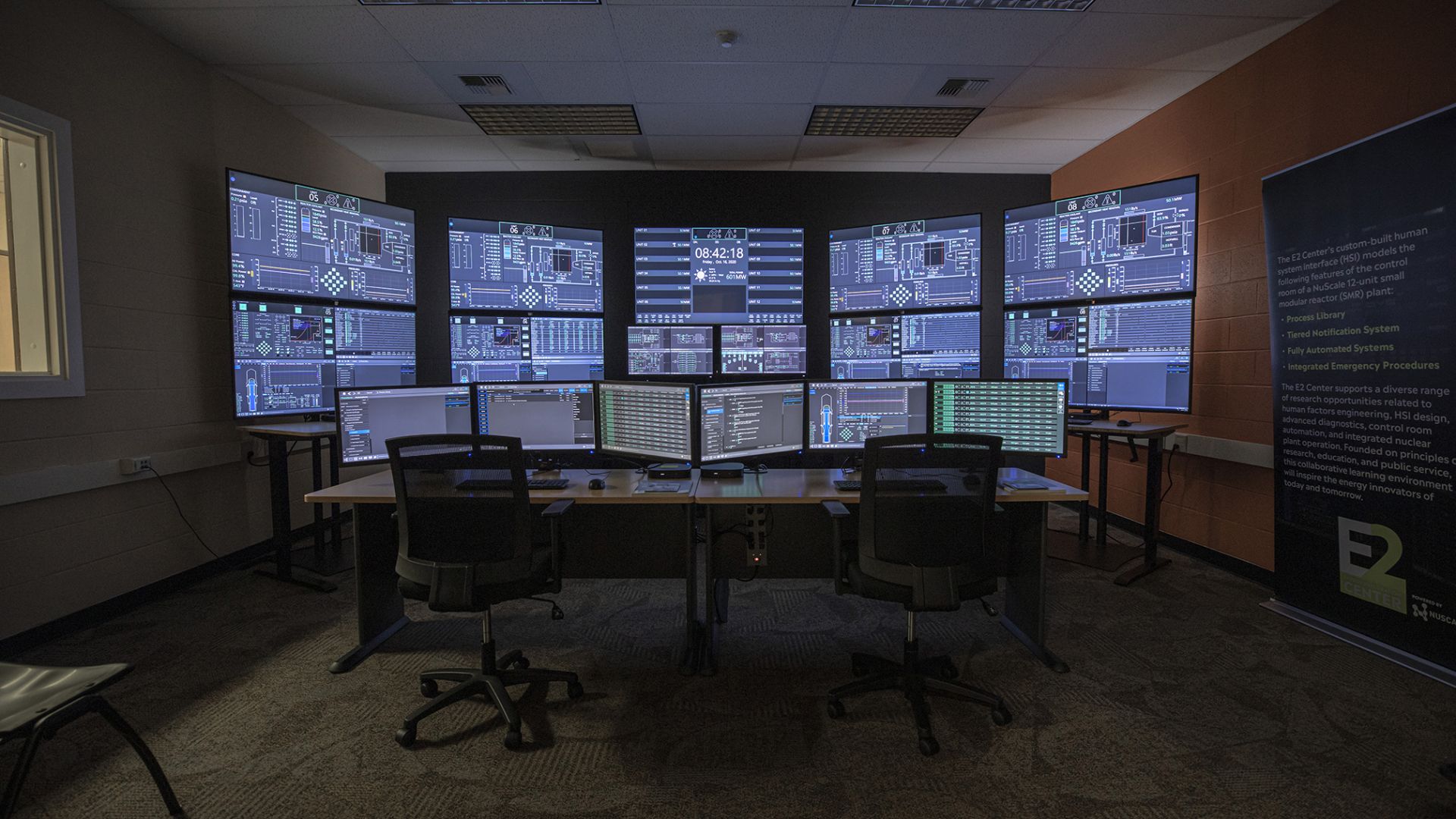 The E2 Center is designed to offer users a hands-on learning opportunity to apply nuclear science and engineering principles through simulated, real-world nuclear power plant operation scenarios, according to NuScale on November 17. The center employs state-of-the-art computer modeling within a simulator of the NuScale SMR power plant control room, allowing users to take on the role of control room operator at a 12-unit NuScale SMR plant to learn about the features and functionality unique to the company’s SMR technology.

More to come: The E2 Center at OSU is the first of three planned installations of a NuScale power plant control room simulator at U.S. universities. Support for the centers was provided by a grant in 2019 from the Department of Energy. Additional information on the E2 Center is available here.