Bill Gates went to Beijing, but he didn't ink a deal, yet 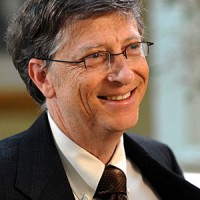 The reason was that Microsoft billionaire and its former chief executive officer Bill Gates held a high profile press conference during a visit to Beijing, China.

No deal was inked with the China National Nuclear Corporation (CNNC), however, nor were any side agreements reached for joint research and development.

The intense press coverage about an intriguing reactor design that just recently emerged from a major makeover in a supercomputer simulation was more about Bill Gates in China than anything else.

The Chinese said it themselves. The China Daily for December 8 wrote that Zhang Laiwu, vice-minister of science and technology said,

"When we cooperate with Gates, what we value so much is not Gates' money, but his social influence, his rallying power, and his innovation ability."

What is the TerraPower reactor? 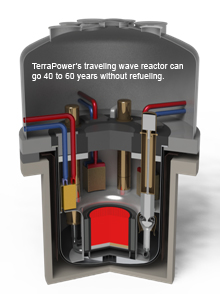 The question is whether there is a real reactor design that could be built one day, disregarding the fact that the mainstream news media can't seem to see beyond Gates' celebrity status.

TerraPower thinks so, but is quick to caution in a statement on its website that the firm is talking to multiple nations, including Russia and India, about development opportunities.

Last June, a delegation of TerraPower executives went to India to explore ideas there. In November 2009, Gates visited Toshiba in Japan to discuss joint R&D efforts.

For their part, the Chinese are already swimming in fast reactor R&D projects and may not have the capacity to take on something so novel as the TerraPower "Traveling wave" concept. Also, TerraPower is a big reactor coming in two sizes-500 MW and 1,000 MW.

First out of the box in China is recent work in collaboration with Russia to build two BN-800 sodium-cooled fast reactors. The agreement, signed in 2009, calls for construction of the 800-MW units to begin in 2013 with hot start in 2018.

China is working on commercial development of a high temperature gas cooled fast reactor with 201 MW of electrical generating capacity using the so-called "pebble bed" design. Two of them are slated to enter revenue service in Shandung by 2018.

China's fast reactor projects-and there are several others besides these two-rely on either uranium oxide or mixed oxide fuel. Plutonium-fueled fast reactors don't show up on any of China's R&D roadmaps, made available to the West, until 2030 or later. The Chinese are also reported to be investigating thorium fuel designs. In short, they are placing a lot of bets with the idea that the best ones will pay off in the long run.

Overview of the TerraPower fuel cycle

The Traveling Wave design uses U-238 in depleted uranium tails taken from uranium enrichment plants and fires them up with a U-235 starter kit.

The design envisions that the neutrons hitting the U-238 will produce plutonium-239, a fissile material that can generate heat that can then be used to make electricity. The Pu-239 is fissioned in the same fuel rods in which it is produced.

The resulting plutonium is "contaminated" with other isotopes that make it unsuitable for producing a nuclear weapon. The reason is that since the fuel remains sealed in the TerraPower reactor for 40-60 years, it isn't available to be removed through the short cycle normally used to produce weapons material.

TerraPower's main technical challenge is in the realm of materials science. It needs a fuel cladding material that can withstand being inside an operating nuclear reactor for up to six decades.

The firm is using computer models to simulate how various alloys might work in such a harsh environment over so long a period of time. Fuel testing and certification should be interesting engineering challenges, since the cladding will be a first-of-a-kind product.

Once TerraPower completes its fuel design, including testing, it will have to build a manufacturing capability to produce the fuel, the  cladding, and in sufficient quantity and at a price that will convince a utility it can count on the first, and only, fuel load, which is supplied one time for the life of the reactor, to work as specified for up to 60 years. 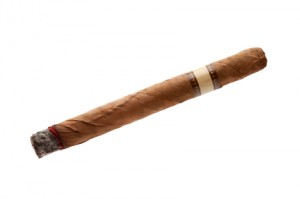 The original design of the Traveling Wave reactor was that it smoked like a premium Cuban cigar-smooth and slow-starting at one end of a long tube and working its way to the other over a period of up to 60 years.

Recently, TerraPower retooled its conceptual thinking to use a model that looks more like an intricate square dance.

Due to high radiation levels, all the work is done with remote-handling equipment. This equipment also has to last for 60 years and perhaps longer related to the eventual decommissioning of the reactor.

Cooling is provided by liquid sodium metal. Natural convection and air cooling mean that in the event of loss of off-site power, the reactor doesn't pose a threat. Instead, it essentially sits on its hands and stops working.

Since the reactor is intended to use liquid metal sodium to transfer heat, the secondary loop doesn't need to be in direct contact with the core. Conventional steam systems could be used to drive turbines and generators. This approach would save a lot of money on balance of plant. 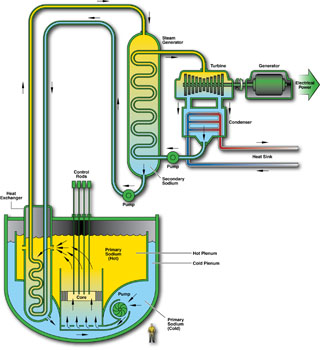 Two other issues might occur to readers. First, there is an assumption that TerraPower needs convert the feedstock of depleted uranium from its gaseous form as UF6 to metallic powder, remove impurities, and then develop a fuel fabrication process to produce a specific uranium oxide fuel assembly along with its long-lasting cladding. Also, given the exotic nature of the reactor, what does the back end look like in terms of decommissioning the plant?

Finally, a TerraPower reactor would have to be able to produce electricity at the same or less cost than a lightwater design of the same size.

What about U.S. customers?

So, why isn't TerraPower, which is based on Bellevue, Wash., pursuing customers in the United States? The short answer is that the Nuclear Regulatory Commission, by its own admission, isn't ready to conduct a safety analysis for such a radical design. It could take the better part of a decade, and a noticeable chunk of Gates' money, to bring the agency up to speed.

And, there isn't any R&D money from the Department of Energy. That agency has asked only for funds to support efforts related to lightwater reactor designs. That assumes that it doesn't suffer a complete zeroing out of its funding by a deficit-minded Congress. 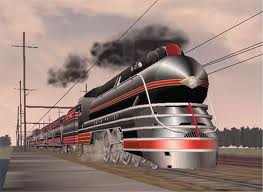 Back on the media front, the Travel Wave reactor is being preceded by a traveling Bill Gates, and an entourage from the design team, as they traverse the globe looking for a hospitable home to build their innovative fast reactor  technology.

It is worth keeping an eye on what TerraPower is doing because of the sheer novelty of its conceptual thinking and the fact that Gates is personally plugging it to anyone who will listen.

Caught in the Leadership Paradox: Insight from Admiral Rickover

Recent scandals at the U.S. Department of Veterans Affairs (VA) and General Motors (GM) have struck a chord with the media and the American people because they represent the worst in...