Unit 5 at the Fuqing nuclear plant in China’s Fujian Province has entered commercial operation, becoming the world’s first Hualong One reactor to do so, China National Nuclear Corporation (CNNC) announced on January 30.

The unit was connected to the power grid in late November of last year, after having achieved initial criticality the previous month.

There’s more: Fuqing-5’s twin HPR1000, Fuqing-6, is scheduled for commercial startup later this year. In addition, CNNC is building two Hualong One reactors at the Zhangzhou site in Fujian Province (construction of Unit 1 began in October 2019, while Unit 2’s construction commenced last September) and one at Taipingling in Guangdong Province, with another planned for the site.

Also, China General Nuclear is building two Hualong One reactors (Units 3 and 4) at its Fangchenggang plant in Guangxi Province (2022 planned startup), while two CNNC units are under construction at Pakistan’s Karachi plant (commercial start dates of 2021 and 2022). 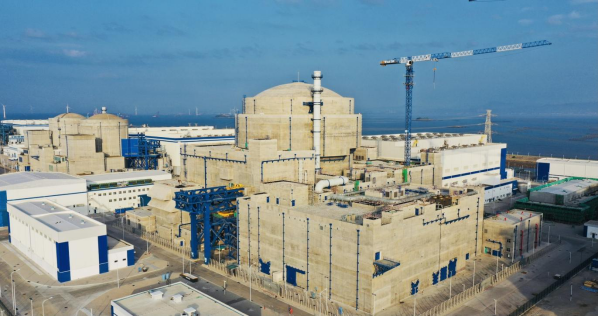