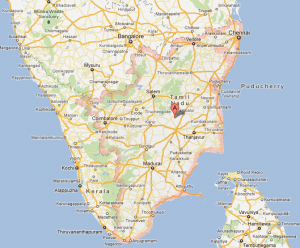 The long running controversy over the start of NPCIL's Russian-built twin 1,000-MW VVER reactors at Kudankulam, in India, may be coming to an end.

The provincial government of Tamil Nadu, India's southern-most state, said on March 20 that it was dropping its opposition to hot start and also withdrawing support from local anti-nuclear protests.  The decision follows more than six months of fence sitting despite pleas for support from the protest groups and counter pressure from the central government.

In return for supporting the nuclear plant, Tamil Nadu Chief Minister J. Jayalalitha wants political air cover, and she named as her price the control of distribution of 100 percent of the electrical power from the plant. She's not likely to get all of it and she knows it.

Jayalalitha's demand carries political weight with the locals, however. It helps  preserve her position that is newly energized as a purveyor of political patronage in the form of access to electricity.  The region is ravaged by electricity shortages, so having some to allocate puts the Tamil Nadu government in a much more influential position than hanging with the protest groups.

What has happened as a result of the new-found support in Tamil Nadu is that work has resumed at the plant that is 95-percent complete. More than 1,000 local Indian workers and about 100 Russian technical staff re-entered the plant. The combined action of restart of work at the plant and the provincial government's acceptance of a hot start date to take place in about two months generated spontaneous protest demonstrations of about 500 people on March 23, of which several hundred were arrested by police.  The protests then fizzled out, however.

The central Indian government had said in February that the protests were coming from non-governmental organizations (NGOs) funded by supporters in the United States. The BBC reported on March 23, however, that among those arrested was the leader of a Tamil nationalist political party.

While it may be that separatist political groups had seized upon the reactor issue as a way to mobilize support for their causes, there is no way to assess how much of an influence they really have. In the world of politics, however, even the appearance of influence can have consequences.

The central government's crackdown on the protest started within a few weeks of an official notice by the Russians that they were not happy with the delay of the start of the Kudankulam plants. Success there is the key to new deals and the credibility generally of Rosatom's export program.

Handing out the juice 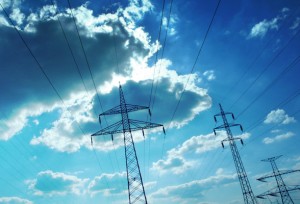 The transition of the Tamil Nadu central government from a position of neutrality regarding the protests to becoming a supporter of the reactors may have as much to do with political self-preservation as it does with political reality.

As it turns out, Tamil Nadu, like many other places, suffers from severe power shortages with frequent blackouts, with some areas having no electrical power. Nationwide, about 40 percent of the Indian population has no access to it, which is why the Indian government is committed to building about 20 Gwe of new nuclear power generating capacity over the next 15-20 years.

Having control over who gets the new electricity from the plant is a huge source of leverage relative to keeping political allies in line and is an effective method for demonstrating the lack of political power of the protesters and any separatist movement. This light bulb appears to be the one that lit up in the minds of the provincial government leadership, which is why they climbed down off their "neutral" position and endorsed the reactors over the protests of many of their constituents.

The Indian government's Union Minister of State for Power K.C. Venugopal said on April 2 that a policy with regard to sharing of power from nuclear energy was in place and that the agency would not change it.

Venugopal said that there is a policy in which 50 percent of power from these plants would go to the home state where it is located. These norms have not been changed so far, he said.

As it turns out, NPCIL has already allocated 925 MW of power from the two reactors to Tamil Nadu. In the meantime, the central government has continued its crackdown on leaders of the anti-nuclear groups. The intensification of the government's action came as the protests themselves were winding down and life was returning to normal.

Protests over but crackdown continues

The Indian government is furious with the delays of the hot start of the two reactors. NPCIL told the Hindustan Times on March 12 that the fact that the two units were postponed from hot start last August has cost the government US$50,000/day in lost revenue from new rate payers. While this may not seem like a lot of money to American eyes, in a developing nation like India, $50,000 a day in losses is more than enough to give government officials high blood pressure. It also sends them looking for someone to blame.

On April 2, the home ministry in the national government demanded that one of the leading organizers of the Tamil Nadu protests surrender his passport. S.P. Udayakumar, of the People's Movement Against Nuclear Energy (PMANE), told the Times of India that he will not do so despite the government's assertion that there are charges pending against him and his organization for misappropriation of NGO funds to pay for the anti-nuclear protests.

The home ministry also raided two more NGOs alleged to have diverted funds from education and rural development programs to fuel the protests over the past six months. Subsequently, the government dropped charges against 178 people, while opposing bail for another 30 of those arrested. The government still has not revealed the names of the U.S. NGOs alleged to have provided funds to the protest groups.

As these developments were unfolding the government announced, perhaps buoyed with new confidence at having "defeated" the protests, that it planned to ink a deal with the Russians for two more 1000-MW reactors at Kudankulam. Overall, India plans to add 64 Gwe of power to its grid by 2032 to reduce the gap in rural electrification.

The United States remains locked out of the market by a supplier liability law that is orbiting in a kind of political limbo. The law is in the books, but the central government has so far not issued implementing regulations to give it operational status.

The Indian nuclear reactor market is said to be worth $150 billion. So far, the only firms making inroads are the Russians with projects at Kudankulam and the French with two planned reactors at Jaitapur, south of Mumbai on the country's west coast.