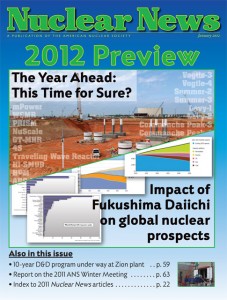 There is also an in-depth report on the 2011 ANS Winter Meeting, along with side coverage of two topicals at the meeting: the first ANS Small Modular Reactor conference, and the Young Professionals Congress 2011 meeting.